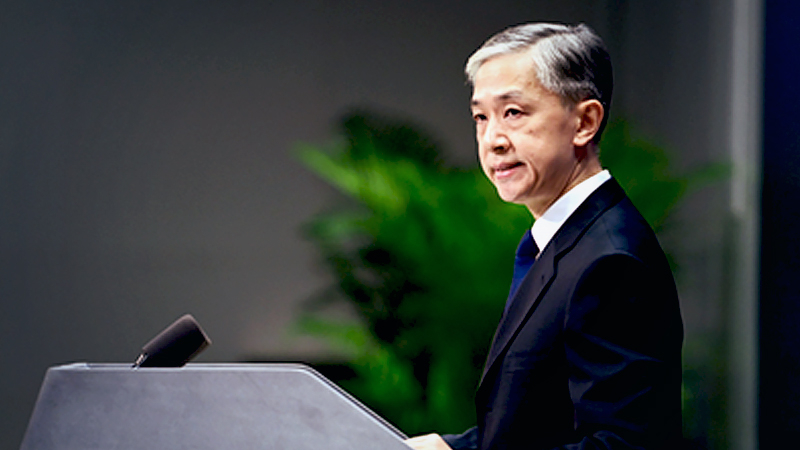 Ministry spokesman Wang Wenbin made the remarks at a regular news briefing in response to recent visits by high-ranking US officials to Taiwan.

US Undersecretary of State for Economic Growth, Energy and the Environment Keith Krach visited the island last week, just over a month after US Secretary of Health and Human Services Alex Azar visited Taiwan in mid-August. Azar was the highest-level US official to visit the island in decades.

China opposed and condemned the visits, Wang said. "The US move will further damage bilateral coordination and collaboration on major international and regional issues, and the US has to bear full responsibility for this."

China always opposes official exchanges between the US and Taiwan in any form, he said, adding that their visits seriously violated the one-China principle as well as the three China-US joint communiques, and have emboldened "Taiwan independence" forces.

Wang noted that China is determined to defend its national sovereignty and territorial integrity, oppose any external interference in its internal affairs and realize reunification.

Practices that undermine China's core interests and intervene in China's domestic affairs will be met with forceful countermeasures, and will not impede the historical trend of China's reunification, he added.

Wang urged the US to immediately correct its mistakes, stop any official exchanges and military relations with Taiwan or interference in China's internal affairs, and avoid words and deeds that undermine bilateral relations and cross-Straits peace and stability.

In response to Taiwan media claims that the PLA had "breached the median line between Taiwan and the Chinese mainland last week", Wang pointed out that such a "line" does not exist and reiterated that Taiwan is an inalienable part of China.