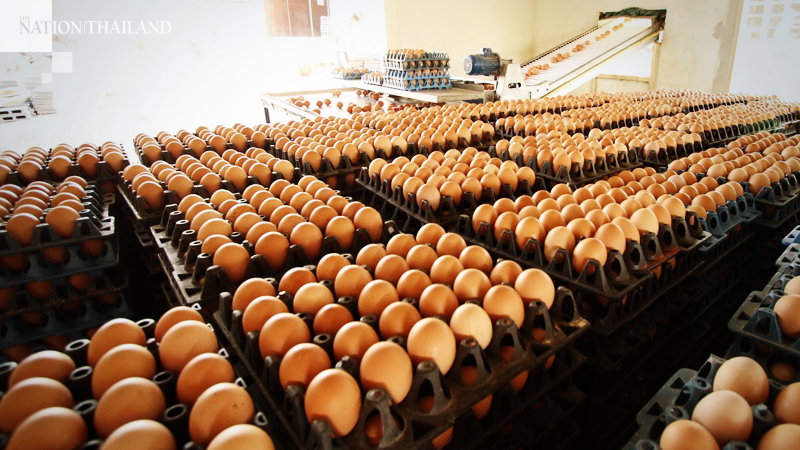 The selling price of eggs has dropped by 30 satang per piece due to a decline in consumption, while farmers also have to bear high animal feed cost, the Association of Hen-Egg Farmers, Traders and Exporters said.

Mongkol Pipatsattayanuwong, the association president, said farmers' egg price was currently Bt2.40 per egg, down 30 satang from the association's announcement of Bt2.70 per egg, due to the decline in consumption during heavy rain and seasonal foods yielding higher output.

"The current price of Bt2.40 per egg was lower than the Office of Agricultural Economics' third-quarter egg production cost forecast of Bt2.54 per each. Egg farmers have been bearing a loss for more than one month," he said, adding that egg farmers who raise hens in poultry houses with evaporative cooling system were bearing a higher cost.

"Therefore, government agencies should maintain the egg price and export eggs to foreign countries, while egg farmers should retire old hens in line with the government's regulation to solve this issue which was impacting the country's egg industry," he said.