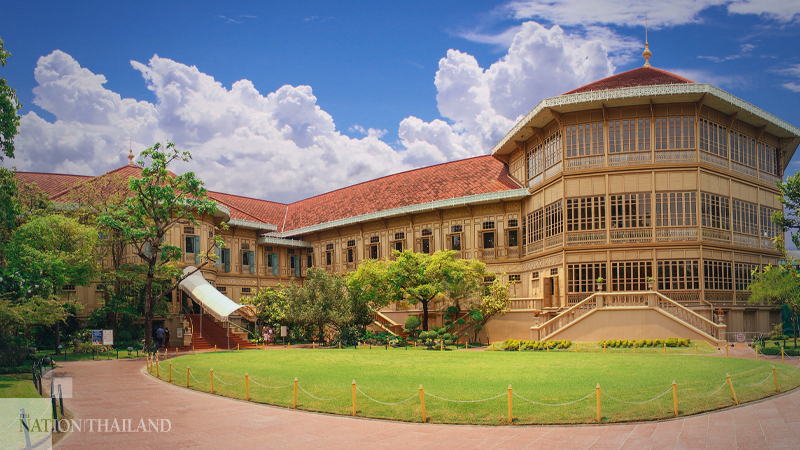 The Fine Arts Department has been hit with a backlash after filing a police complaint of “historical damage” against pro-democracy protesters who installed a plaque at Sanam Luang on Sunday.

Netizens claimed the department committed far worse “historical vandalism” when the nearby Vimanmek Palace was dismantled and its teakwood turned up in a local shop.

The Borannama Facebook page, a Thai history and arts resource, on Monday posted that the historic teak palace had been dismantled as part of restoration work, and would eventually be rebuilt.

Vimanmek Palace was built in 1900 as a royal residence in the reign of King Rama V (1868-1910). The design by Rama V’s son Prince Narisara Nuwattiwong was a blend of Thai architecture and Western influences. The building was originally located in Chonburi province before it was dismantled and rebuilt in Bangkok’s Dusit district.

The palace opened to the public in 1985 as a museum commemorating Thai heritage and the reign of King Rama V.

It was shut for renovation in 2016 after its foundations were found to be close to collapse. The foundations were reinforced with 16-tonne steel piles and anti-vibration equipment. Workers will also renovate air-conditioning systems, electric wiring, ventilation, and brickwork under the budget of Bt81.31 million.

Posted by โบราณนานมา on Monday, September 21, 2020