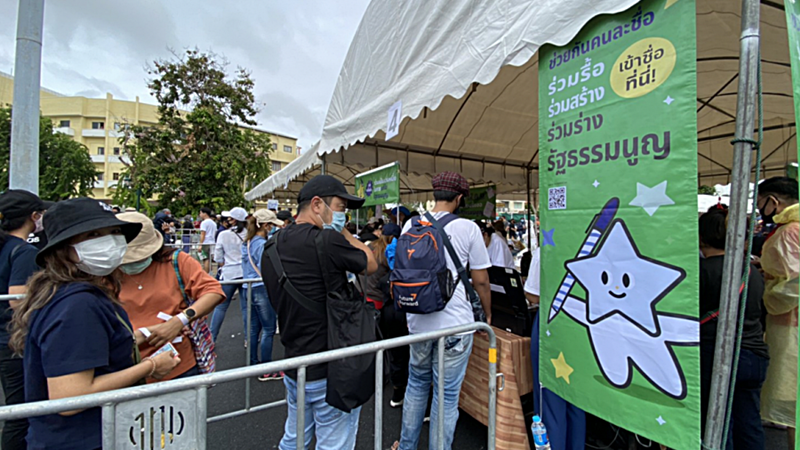 Non-profit organisation iLaw is not going to organise a protest to pressurise the National Assembly into rewriting the Constitution, manager Yingcheep Atchanont said on his Facebook page yesterday (September 22).

He posted the remark after the Internet Law Reform Dialogue (iLaw) submitted a petition signed by more than 100,000 people to the Parliament president on amending the charter.

Yingcheep said his team had worked very hard in the last two months to reach the initial goal of at least 50,000 signatures so it was time the team took a rest.

iLaw cannot further influence about 100,732 people who signed their names if the House does not consider the petition, he explained.

On Monday, House Speaker Chuan Leekpai did not personally accept the petition to amend the charter.

Jon Ungphakorn, director of iLaw, expressed his disappointment that Chuan himself did not accept the petition, while the House was also surrounded by military bases (that could reflect an authoritarian image), Jon said