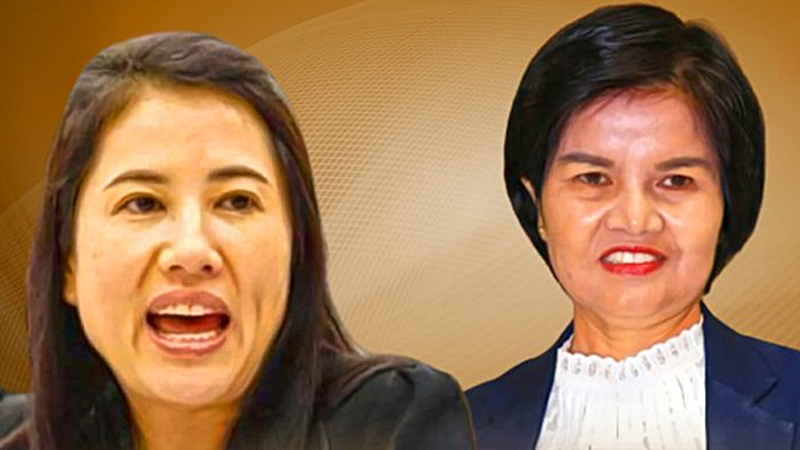 The Constitutional Court has ruled that neither Palang Pracharat MP Pareena Kraikupt nor Bhumjaithai MP Srinuan Boonlue has violated the law and that they can continue holding their seats in Parliament.

The verdict said that Pareena did not use her position to push locals into demanding that former Future Forward Party leader Thanathorn Juangroongruangkit’s mother Somporn return land believed to be encroaching forest reserves in Ratchaburi’s Chom Bung district.

As for the case against Srinuan, the court said there was no evidence to show she was involved in the Public Health Ministry’s budget, which may have been the reason for her expulsion from the now-defunct Future Forward Party.