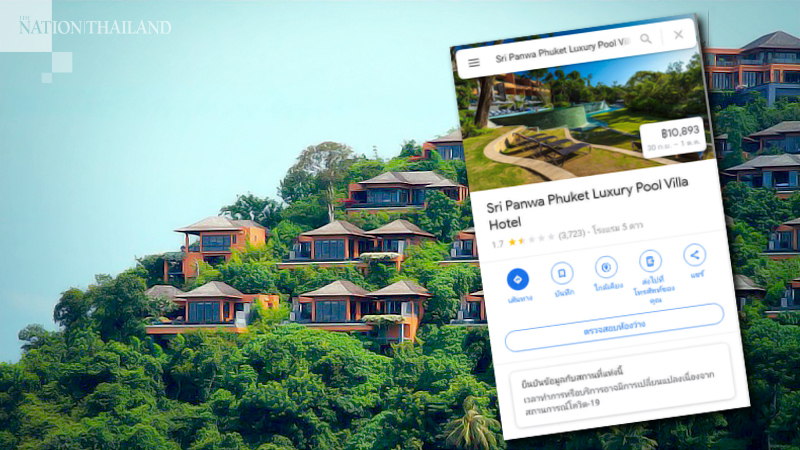 The luxury Sri Panwa resort has had three stars knocked off its Google rating after owner Vorasit Issara called for pro-democracy leader Panusaya Sithijirawattanakul to be jailed.

Supporters of the pro-democracy movement responded by posting 1-star reviews of Vorasit’s Phuket hotel along with messages complaining about the management and owner. They also encouraged people to avoid the hotel, bringing the average rating down to 1.8 stars from its previous 4-star-plus level.

Meanwhile, Tripadvisor has suspended its rating of Sri Panwa after being bombarded with negative reviews.

“Due to a recent event that has attracted media attention and has caused an influx of review submissions that do not describe a first-hand experience, we have temporarily suspended publishing new reviews for this listing," Tripadvisor announced on the Sri Panwa page.

The hotel appears to be still open for bookings.

However, Vorasit said he had decided to cancel his Baba Beach Club Takeover BEAM 2020 party in Bangkok’s Thonglor district after someone threatened to destroy the event.