The September 19 rally is the first huge night stay-over political protest of its kind since the 2014 military coup.

The huge youth-led protests on September 19 and 20 are bound to make history and forever lead to a sea change in Thailand’s political landscape, many academics believe.

The massive crowd joining the protest organised by the United Front of Thammasat and Demonstration group may show that a large number of people are ready to support the call for reform of the monarchy, an issue which has been taboo in Thailand due to the severe lese-majeste law. 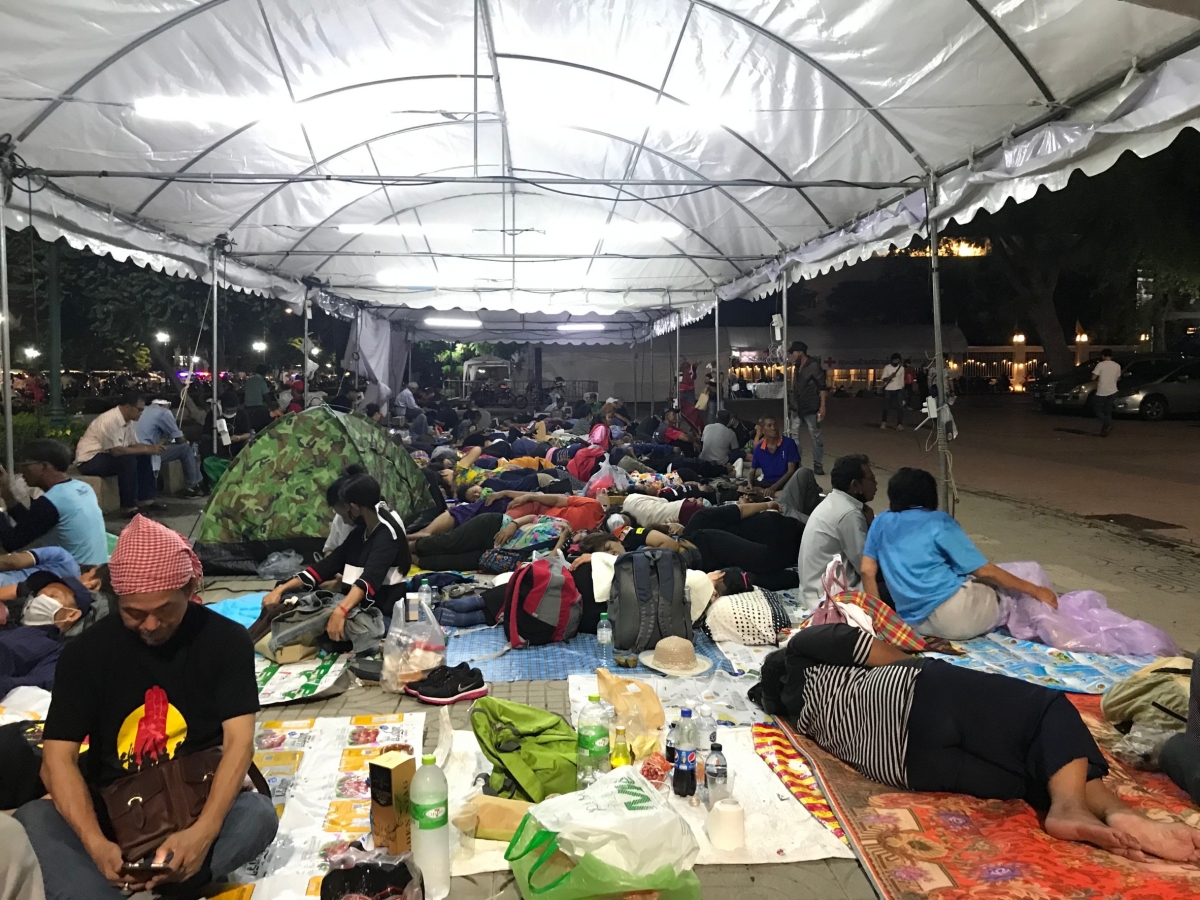 Pro-democracy leader Arnon Nampa,35, clearly broke the taboo for the first time during a speech at a demonstration on August 3 and later on August 10, with student leader Panusaya Sithijirawattanakul at Thammasat University’s Rangsit Campus later proposing a 10-point manifesto calling for reform of the monarchy. The two events were unprecedented in recent Thai history since the 1932 revolution, when Thailand changed from an absolute monarchy to a constitutional monarchy.

The anti-government protest has been developing rapidly across the country, especially among university and school students.

Conservatives and even some parents of students have blamed “masterminds” for being behind the student uprising. Some analysts have pointed to a conspiracy theory, accusing politicians and foreign agents of being behind the youth protesters, who also demand that a new Constitution be drafted, Parliament dissolved and an end to government intimidation of its critics. 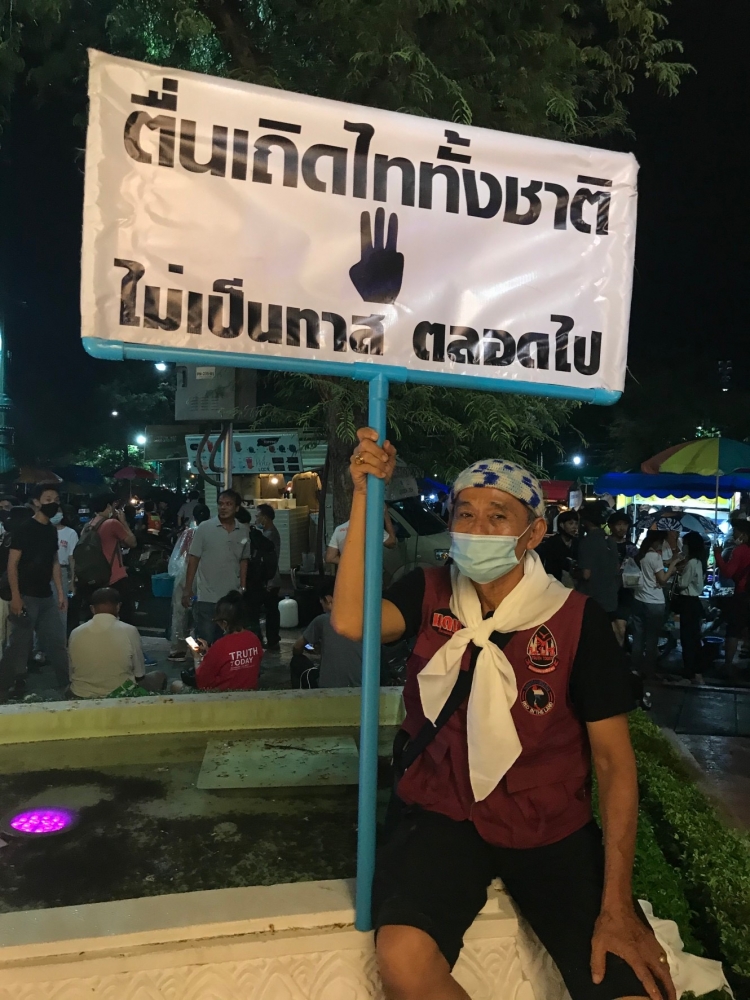 The emergent phenomenon might better explain the situation than the so-called conspiracy theory. The emergent process is a rather complex outcome generated by the interaction of numerous factors or elements. Many key events have taken place since the coup in 2014, including a crackdown on political dissidents, implementation of a military-sponsored Constitution, an allegedly rigged election, the unfair disbanding of two political parties, unelected senators picking a prime minister, enforced disappearance of individuals critical to the government and the palace, limited freedom of expression, heavy censoring of mainstream media and the proliferation of social media.

These recent developments, together with increasing awareness of human rights and discontent over inequality, are leading to the emergent phenomenon we are all witnessing today.

Regarding the open demand being made for reform of the highest institution, many observers flatly reject the conspiracy theory.

“I don’t believe somebody can trick the students, who have access to information which is globalised ,” Lae Dilokvidhyarat, a labour economist at Chulalongkorn University, told The Nation.

Lae shared the views of other academics, who said earlier that students were courageous to openly criticise the monarchy while academics and others only wanted to talk about the sensitive issue and did not dare publicly discuss it.

Taking a closer look at the demonstration site, the majority of protesters at the event on September 19 and 20 appeared to be youths, but there were also a large number of elderly people, both from the red shirt group and its rival, the former yellow shirts.

Protester Lek, 73, said he used to participate in protests organised by the yellow shirt conservative group. But he has now changed sides, and on the night of September 19, he acted as a guard for many elderly women who slept in a big tent at the protest site. Most of them are former red shirt protesters who came from provinces outside Bangkok, he said.

Meanwhile Bundit, a former red-shirt activist, held a banner reading “Waking up Thais, no longer be slaves”, welcoming anyone to snap a picture of him or grab a photo with him.

Protester leaders including Parit Chiwarak, 22, Arnon and Panusaya,21,reiterated their stance during speeches demanding palace reform, to the cheers of the large crowd. 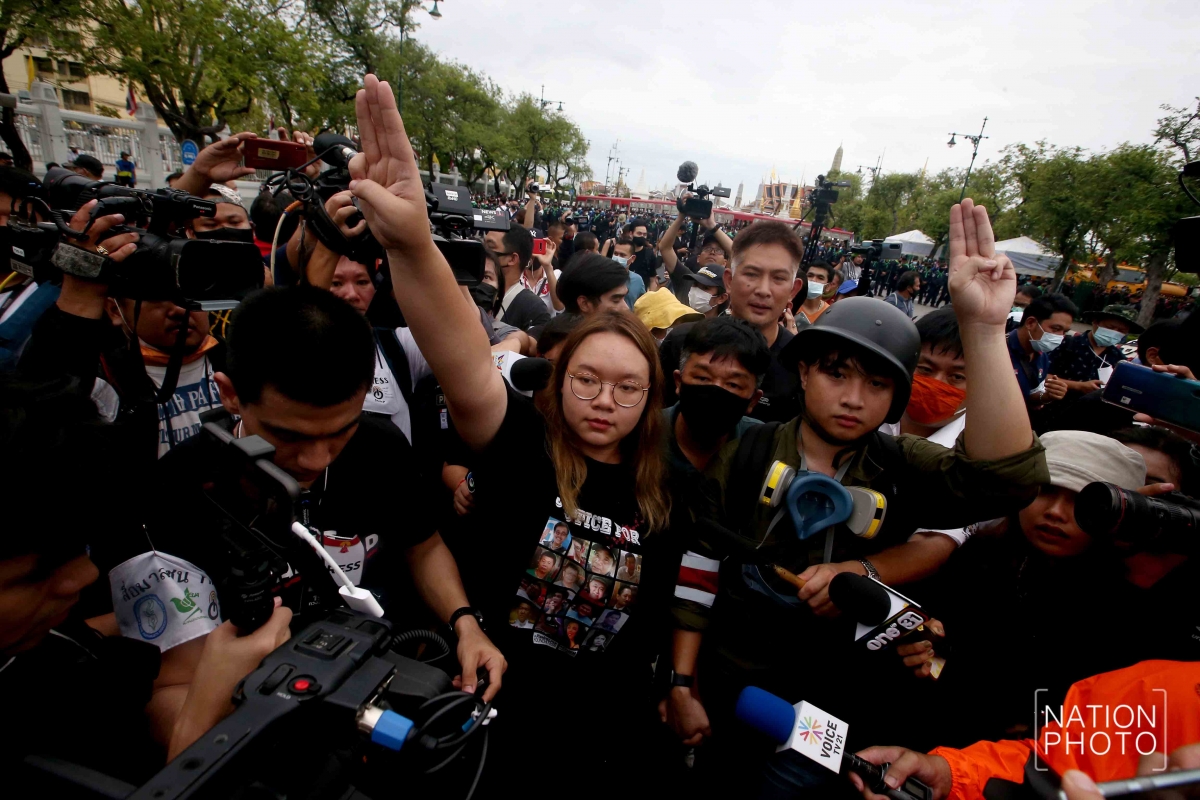 On the morning of September 20, Panusaya led protesters to hand a letter demanding reform of the monarchy to a police officer, who acted as a representative for the Privy Council, His Majesty the King’s advisory body.

Referring to the first reading of the 10 demands to reform the monarchy on August 10, Manusaya earlier insisted there were no masterminds behind the student movement. Even their university lecturer, who was their adviser, did not know in advance what she would announce, Manusaya said.

Many academics have given credit to the young pro-democracy leaders for their courage to raise the sensitive issue publicly.

“I don’t think anyone could or can influence these students because they have easy access to information,” Titipol Phakdeewanich, dean of political science at Ubon Ratchathani University, told The Nation. “The government should respect their opinions and their youth power,” Titipol suggested.

He pointed out that it is a typical mindset of conservatives to point the finger and raise the bogey of a “suspected masterminded” as they try to de-legitimate youth power.

The September 19 rally also triggered protests in other provinces and in a number of countries in Europe and Asia, as well as in the United States, Australia and New Zealand where Thais live. The aftermath of the protest has also stirred widespread reactions.

Some critics, especially from the conservative camp, have downplayed the significance of the protest, insisting it does not match the student uprising against the dictatorship on October 14, 1973.

“Now, the young generation has raised questions about the monarchy, challenging the old narrative of faith without questions,” he said.

Lae and many observers also see the strength of the young generation in using social media in their fight for full or true democracy.

Titipol shares a similar view, saying that although the September 19 rally has its limits, it nevertheless has significant impact.

The current student-led movement has not yet reached the large-scale student uprising seen in 1973, but it is still significant, while the establishment features a large alliance of military, police, civil servants, royalists and big businesses, he noted.

The government, he lamented, will continue to use legal tools to intimidate the activists.

“In the short run, the establishment may maintain their political power, but in the long run, as the younger generation replaces the old one, the new generation will come to rule,” Titipol argued.

Given the present situation, many are worried about a potential violent clash as the street protest intensifies and government and ultra-royalists continue to implement harsh legal means, such as lese-majeste and sedition charges, against protest leaders.

“To avoid the risk of violence, the two sides must talk,” said Anusorn Tamajai, chairman of the Pridi Banomyong Institute.

Others hope coalition government MPs and senators do not block the demands by the protesters and efforts by opposition MPs to draft a new Constitution.

Today (September 24), the rally at Parliament may demonstrate to what extent the protesters can successfully put pressure on MPs and senators.