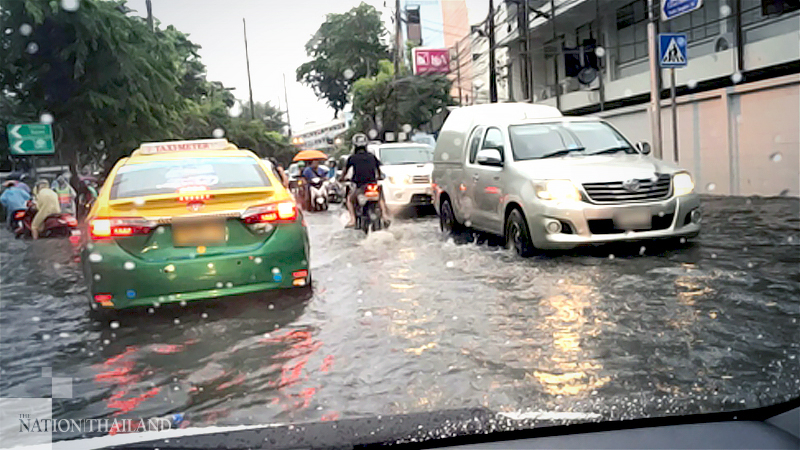 Several Bangkok districts were swamped by flood water after heavy rains hammered 60 per cent of the capital on Wednesday (September 23).

Bangkok faced a southwest wind with a speed of 10-25 kilometres per hour around 3.20pm together with light rain yesterday, resulting in 21mm of rainfall.

Bangkok residents snapped pictures and recorded video of flood waters that “took over” the city, showing how the rain has seriously affected the metropolitan area.

A video even showed flood waters around the MCOT junction in Huai Kwang generating a wave that swept away several vehicles parked on the street.