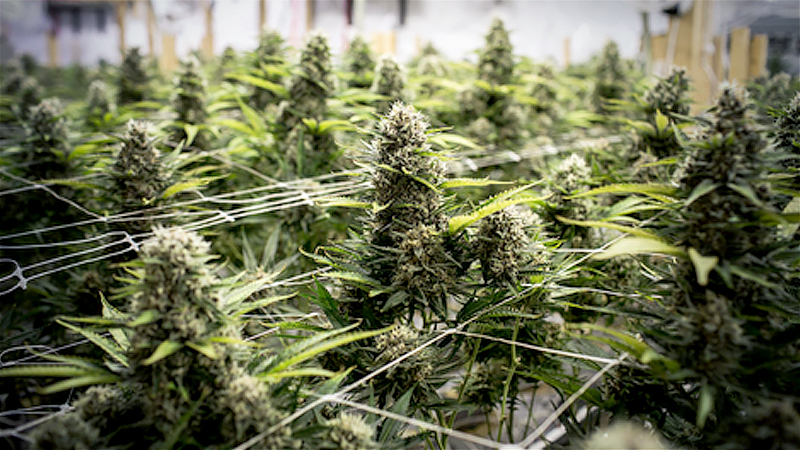 Aurora Cannabis shares tumbled to the lowest price in four years after its fourth-quarter results prompted an MKM Partners analyst to tell the company, "Please stop growing so much weed."

Shares fell as much as 25% in Toronto trading, the biggest drop in six months, to the lowest level since 2016 when Canada was still two years away from legalizing recreational marijuana use. The results dragged other Canadian pot stocks lower, with Tilray Inc. down as much as 9.6%, Canopy Growth Corp. losing 9% and Cronos Group Inc. falling 4.7%.

Management said it now expects to report positive Ebitda in the second quarter of fiscal 2021, about 1 1/2 years later than it originally predicted. Analysts don't share the company's optimism and largely stayed on the sidelines.

MKM analyst Bill Kirk noted consumers haven't shown an appetite for the company's supply, saying, "Aurora grows more stuff that people don't want than they grow stuff people want." He also said the company has a bloated cost structure, a capital structure with burdensome convertibles and a heavily diluted equity base that can't be adapted to deliver near-term profitability.

Meanwhile, Ladenburg Thalmann's Glenn G. Mattson said Aurora has "moved past its most dire period in terms of liquidity though the pace of the turnaround is slower than we had expected." He said he's awaiting evidence of progress at the company and across the Canadian cannabis market before growing more constructive.

Desjardins analyst John Chu maintained a buy rating but cut his price target, calling Aurora a "show-me story" as it pivots to focus on the smaller, more lucrative premium markets of flower, pre-rolls, vapes, concentrates and edibles. Aurora has the assets and brands to execute the strategy, but needs to show sales momentum following several quarters of declines "before we can have more conviction behind the story," Chu said.