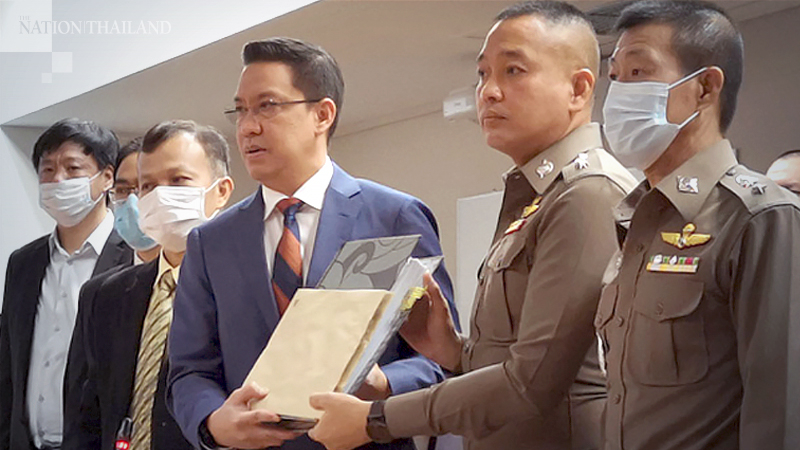 Digital Economy and Society Minister Buddhipongse Punnakanta reported 982 instances of lese majeste to police at 11am on Thursday (September 24).

In the police report, he accused netizens of spreading messages attacking the very existence of the Thai Royal Family during the anti-establishment protest on September 19-20.

Article 27 decrees that anyone failing to comply with the court order pursuant to Article 21 (action taken against ‘undesirable’ posts, comment or programs) shall be punished with a fine of no more than Bt200,000 and a daily fine of Bt5,000 until the court order has been fully complied with.

This is the first time that the ministry is using Article 27 against netizens and to take legal action against the social media companies as the crimes have taken place in Thailand.

Meanwhile, Puttipong said five posts on September 19, two on Facebook and three on Instagram, had violated Article 14, which penalises posters of content that may cause damage to the public, national security or creates public panic.

The police will prosecute the violators under Article 20, which will result in the penalty of a Bt200,000 fine per post.