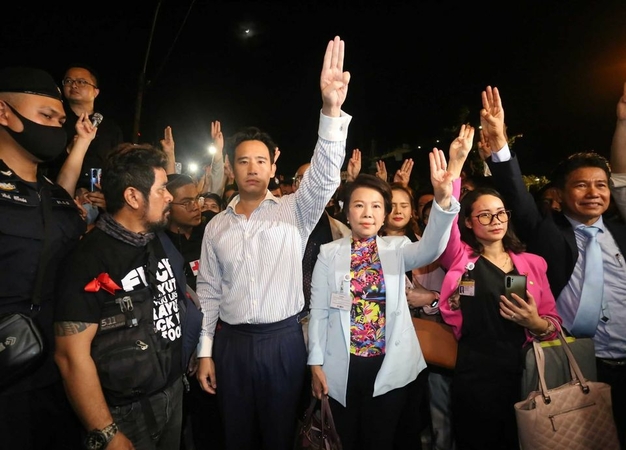 Move Forward Party has apologised to the people for not being able to do more for amendment of the 2017 Constitution after Parliament voted on Thursday (September 24) to delay the charter amendment process.

Parliament voted to delay a decision on six motions for charter change. Instead, a committee was set up to study the motions for Constitution amendments ahead of a vote on the motions in a month.

Opposition Pheu Thai and Move Forward MPs walked out in protest after MPs and senators voted 431 to 255 to postpone the amendment vote and then 432-255 to set up the committee.

In a Facebook post shortly after the session, the party said it was sorry that it could not push for changes to the Constitution.

“We are deeply disappointed with the senators and the government who, instead of providing a democratic solution, just bought time to stay in power for another eight months,” it said. “We, however, would like to thank all support from the people who wish to see changes in the constitution.

“We will never lose hope in solving the country’s problems through the Parliament system. In the next Parliament debate, we will be even more vigorous, firm and united,” it promised.

The committee set up to examine the proposed amendments will consist of 45 members – 15 senators and 30 MPs from the opposition and ruling coalition parties. Pheu Thai and Move Forward refused to nominate members from their parties.