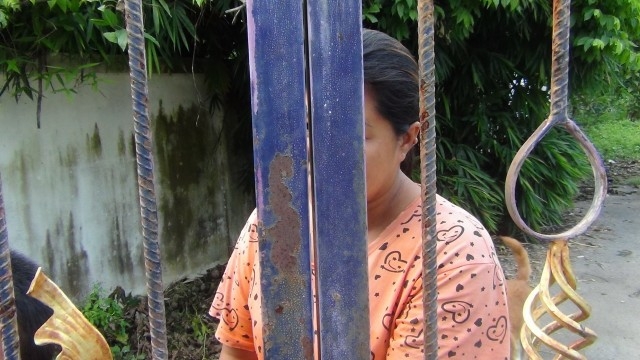 The younger sister of a woman who allegedly defrauded a gold shop using a fake bank application has said that she knows nothing about her sister's alleged crime.

The shop found out 30 minutes after she had left that no money was transferred to its account.

This case occurred in a gold shop named ‘Supatra Yaowarat’ in a Tesco Lotus branch, located in Rayong province.

On Thursday (September 24), a reporter visited the place specified as the suspect’s house in Chachoengsao province, and found a woman who called herself the suspect’s younger sister.

The woman said that she did not know about the fraud or her sister's involvenent. She said her sister had returned to the house only once in recent times.

The younger sister added that her sister's last visit was the first one in almost one year.

She added that the house belonged to her sister, but she, her mother and her children lived there.