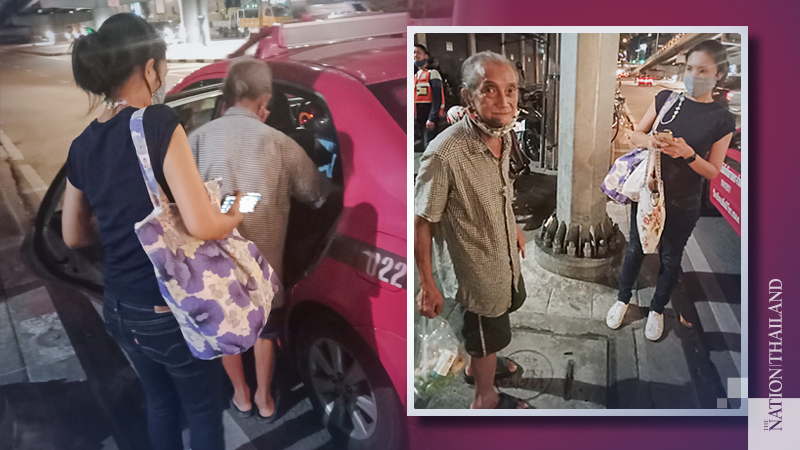 An old man, who is often seen selling sweets in Bangkok’s Soi Cowboy, was attacked by a young man dress in grey shirt and trousers on Wednesday (September 23) for allegedly stealing his belongings.

Later another man named Natthapol, who was in the area to pick up his girlfriend, stepped in to help. He said when nothing was found on the old man’s body, the attacker sped off on his motorbike.

He then called police and tried to help the victim.

The case came to light when Facebook user “Boonluen Wanna” posted an image of the old man being helped into a taxi, which later went viral.