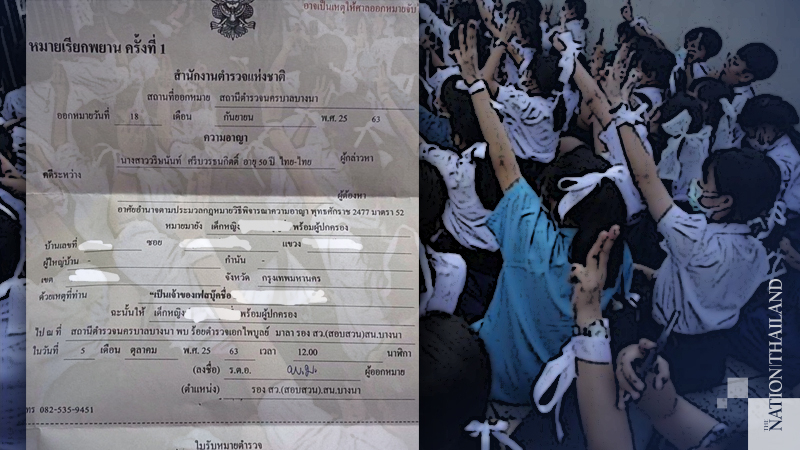 A student under the age of 15 has become the youngest person to be summoned by police over ongoing pro-democracy protests, the Bad Student group said on Friday.

The schoolgirl was ordered to report to authorities after posting frequently about politics and protests on her Facebook page. However, she is wanted as a witness, not a suspect.

Bang Na Police Station in Bangkok issued the summons on September 18 in response to a complaint from an administrator of a pro-government Facebook page.

Bad Student said this was the first time a student below the age of 15 had received a police summons. It comes amid swelling nationwide support for the student-led movement for democracy and changes to the military-drafted 2017 Constitution.