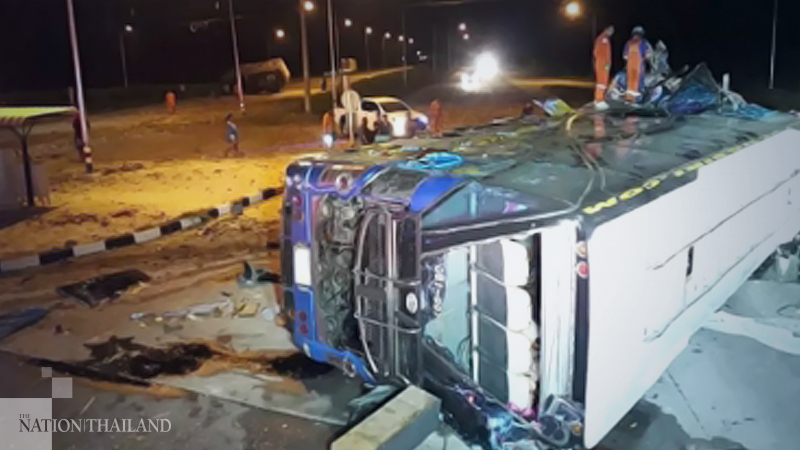 Seven people were killed and 33 injured when a double decker tour bus smashed into the rear end of an 18-wheeler trailer truck in Nakhon Ratchasima province the early hours of Saturday.

Muang police were informed about the accident on 304 Road in Chaimongkhol subdistrict at 3.44am on Saturday.

At the scene of the accident, which is an intersection, they found a truck with Lopburi licence plate, while the bus with Kalasin licence plate had fallen on its side.

Rescue officials said that the bus was carrying 40 passengers, of whom seven were killed and 33 injured. They were rushed to nearby hospitals. 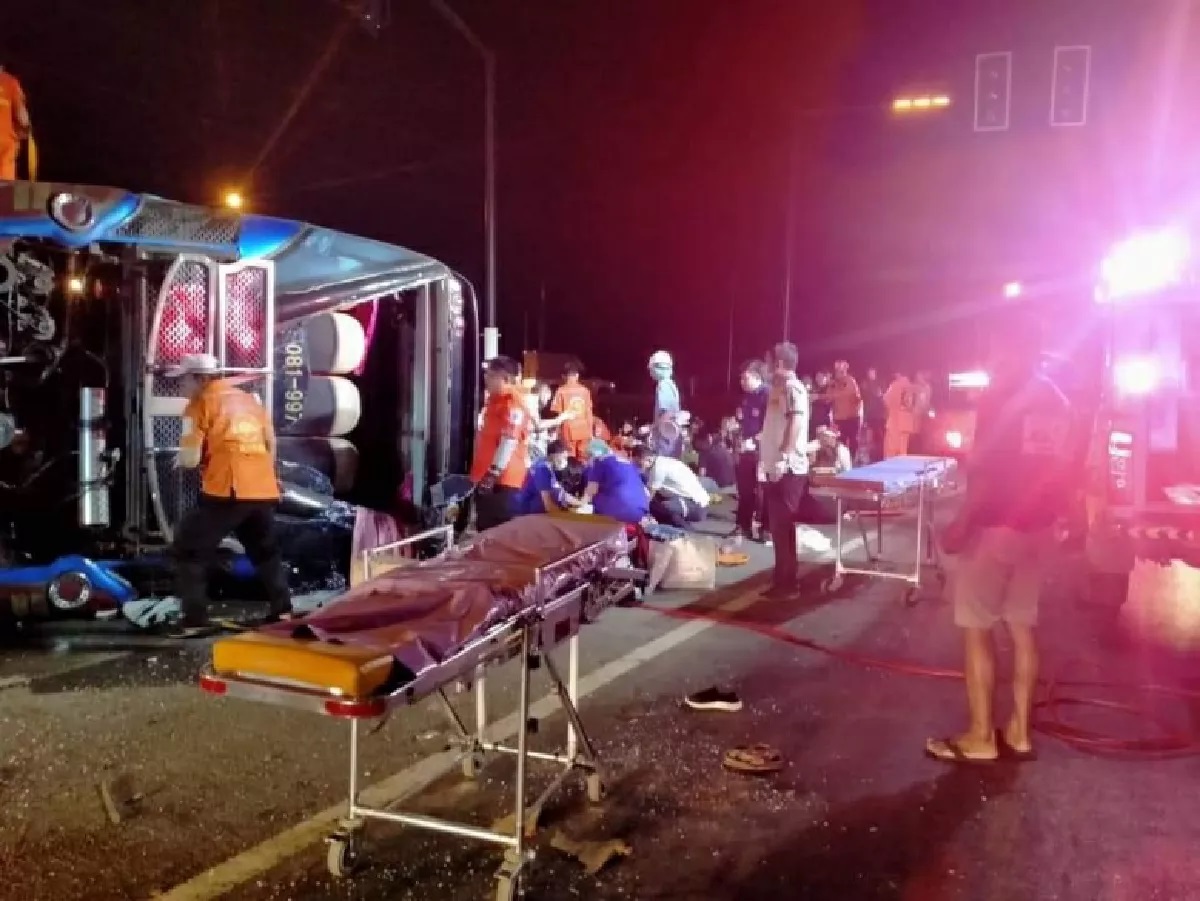 Preliminary police investigation revealed that the bus was carrying a group of village health volunteers from Roi Et province back home from their trip to Pattaya, Chonburi province.

Police are gathering evidence and interviewing witnesses to determine the cause of the accident.