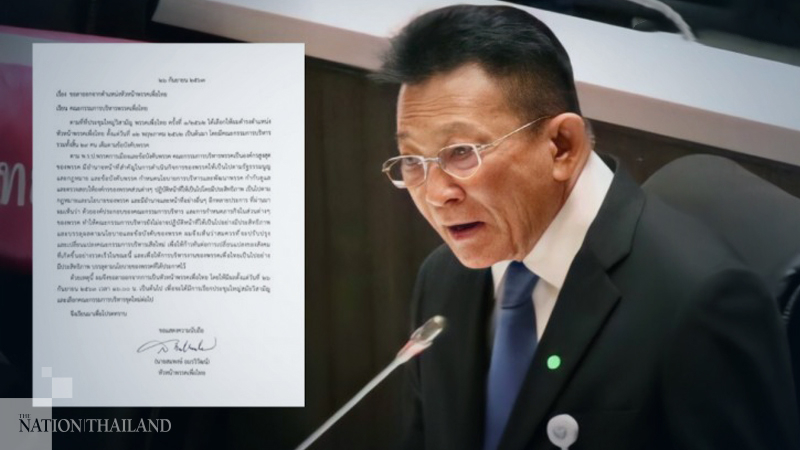 In his resignation letter, Sompong said the current structure of the executive committee did not support executive members in performing their duties effectively and achieve the policy goals. He said it was appropriate that the executive committee be changed in order to help the party catch up with rapid social change, and work much more effectively. He added that he had decided to step down with immediate effect to pave the way for the election of a new committee.

Sompong was elected party leader on May 12 last year.

On Friday, Sudarat Keyuraphan announced her resignation as the party's chief strategist.

In a Facebook post on Friday evening, she said that although she was no longer the chief strategist, she was still a party member who was committed to working for the people and pushing for the amendment of the Constitution.

Also on Friday, four other members of Pheu Thai's strategic committee -- Kittiratt Na Ranong, Watana Muangsook, Phongthep Thepkanjana and Bhokin Balakul -- also posted on their Facebook pages that they had quit the committee.