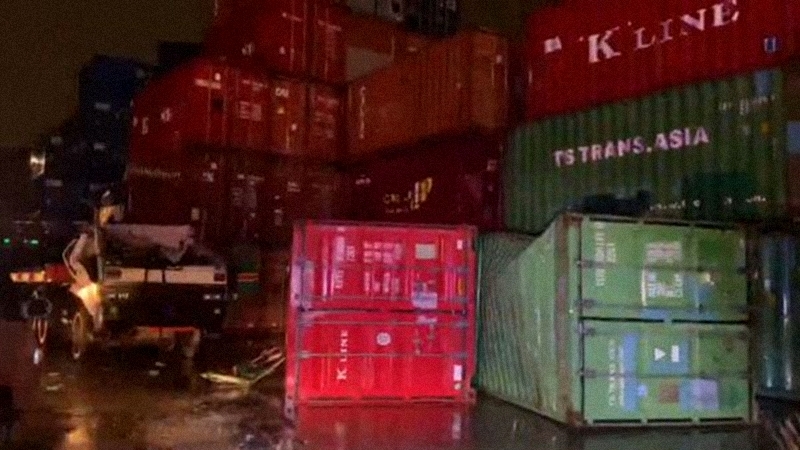 The storm on Sunday night was so strong that it knocked down six containers at the Samut Prakan port, with one smashing an 18-wheeler below and severely injuring the driver inside.

Samrong Tai Police Station was notified of the incident at the port near Pu Chao Saming Phrai Road at 9.30pm on Sunday.

Upon arrival, police found that strong winds had brought six containers down from a 7-storey container building and one of them had landed on a truck below.

The driver, Raphin Noiwanit, was crushed and lost consciousness, while his colleagues worked to pull him out.

Workers at the port said it was unbelievable that the winds were strong enough to bring down the containers. Raphin was provided with first aid before being sent to Pu Chao Saming Phrai Hospital.