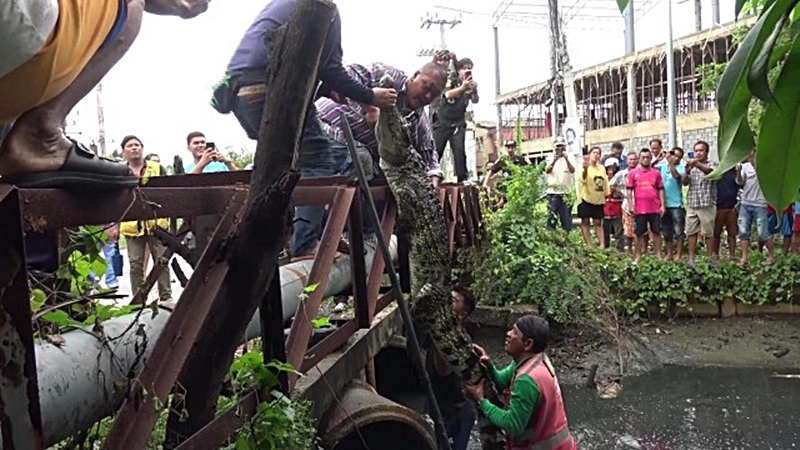 A 2.5-metre-long crocodile lurking in the canals of Nakhon Pathom’s Sampran district met its end on Monday after being hunted down by a village headman.

Communities located next to canals in the district were terrified after a large crocodile was several times spotted swimming in their waterways.

Emergency-response organisations were called in but failed to capture the lurking predator, prompting fears it would escape into the nearby Tha Chin River.

On Monday at 7am, 47-year-old village headman Rit Chaichana armed himself with a pistol and led a team to the canal. They lay in wait for about three hours before the animal finally emerged from the water.

Rit’s first shot wounded the creature, which then tried to escape by slipping into a sewer. He fired again, this time killing the crocodile.

Local residents celebrating the kill measured the croc at 2.5 metres long and around 80 kilograms. The local administration is now investigating where the creature came from.