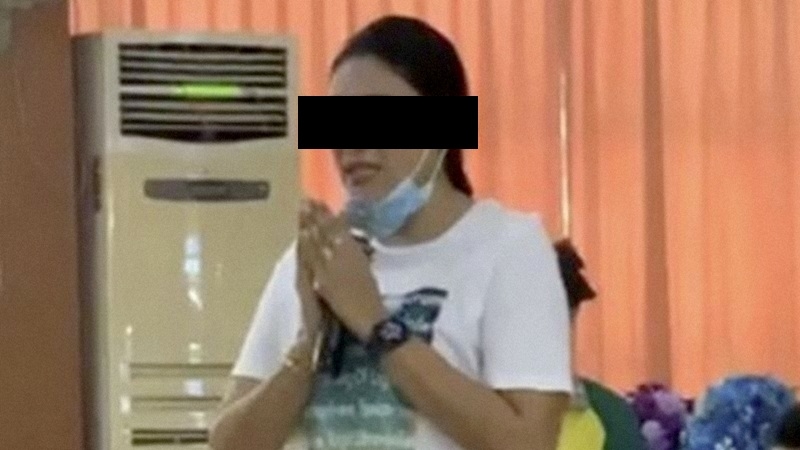 This teacher recently became the subject of widespread anger after CCTV footage showed her assaulting kindergartners, some as young as three years old, at Sarsas Witead Ratchaphruek school.

The teacher was interrogated by police, but reporters were not allowed to speak to the accused woman nor were they given information on the legal process.

The teacher faces two charges – physical assault and violation of the Child Protection Act. Police said further investigation is required to see if she violated the Government Teacher and Education Personnel Act.

These two charges were filed separately from the eight accusations backed by strong evidence submitted by the parents, because police consider them to be different cases.