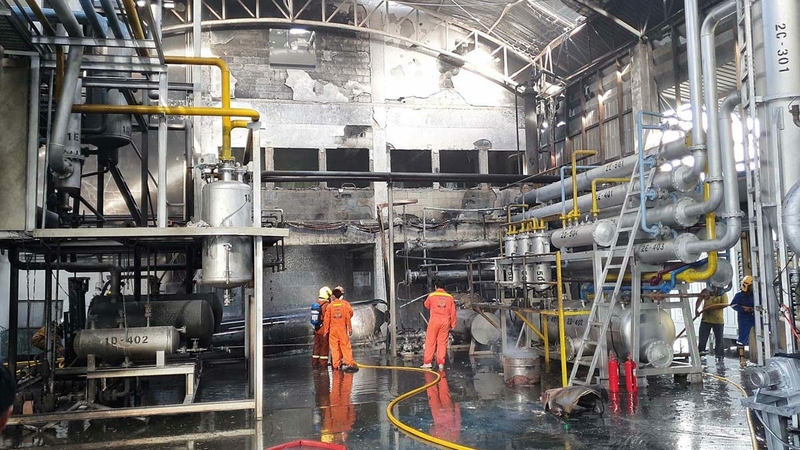 Two people were killed in a fiery explosion at the GRD Energy oil refinery in Samut Sakhon during a test run.

Police were alerted of the fire at 8am on Tuesday and firefighters spent around 20 minutes to bring the blaze under control.

Initial investigation showed that parts of the building structure had collapsed due to the damage and they also found charred bodies of company technicians Panya Nantharung, 45, and Supangchanan Saenchai, 27.

The company’s owner reportedly told officials that the refinery was less than two months old and was used to refine old motor oil into alternative fuel for industrial use.

The company had installed new machines two weeks ago and was conducting tests before its official opening. During the test run, eight staff members working in the refinery while the two technicians were standing in front of the oil tank next to the refinery chamber. Nobody else was injured. 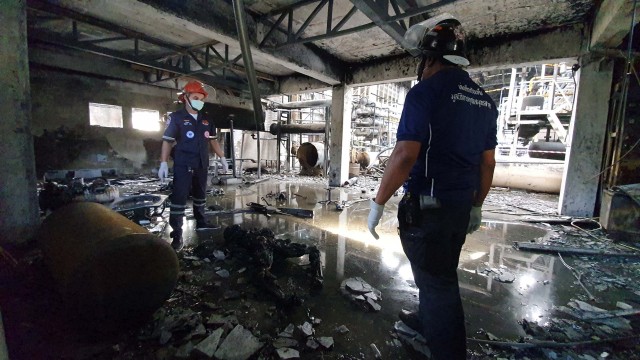 “We suspect the explosion occurred at a joint connecting the 800-litre oil tank to the chamber, which heats oil to more than 200 degrees Celsius. This joint may have been damaged and built-up pressure may have caused the explosion,” the owner said. “Initial estimates show the explosion and fire caused damages worth Bt10 million.”

The owner was taken to police station to provide additional information, while forensic staff are collecting evidence to determine the cause of explosion and deaths.