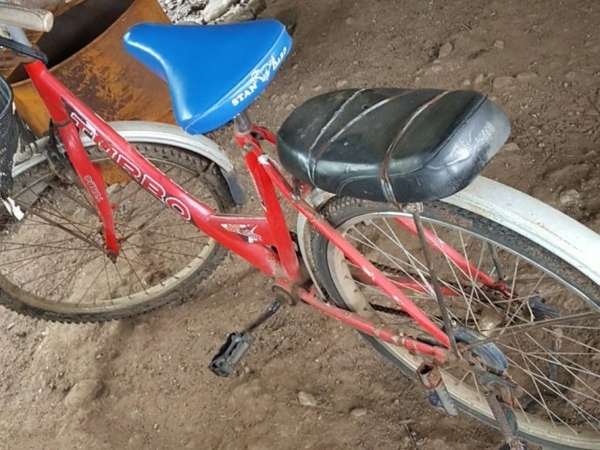 A thief made off with a pick-up truck in Buri Ram province on Saturday, but left his bicycle behind as evidence of his crime.

The vehicle owner, 55-year-old Khampan Onnumkum, said he could not find his pick-up truck after returning from the farm on Saturday evening.

He then asked his relatives and neighbours if they had any idea of where his pick-up truck may be, but when nobody could provide any information, he decided to file a police complaint.

Khampan also said that a bicycle had been left where the vehicle was parked.

Footage from a neighbour’s CCTV showed a man in a red shirt, white shorts and wide-brimmed hat cycling in the direction of Khampan’s house. He was about 165cm tall, and was seen hanging around the house for a while.

CCTV cameras installed along roads also picked up images of the stolen pick-up truck on Saturday. It was seen being driven from Buri Ram’s Non Din Daeng district to Sa Kaew’s Ta Phraya district. Khampan believes the thief plans to sell his truck in Cambodia, which borders Sa Kaew province.