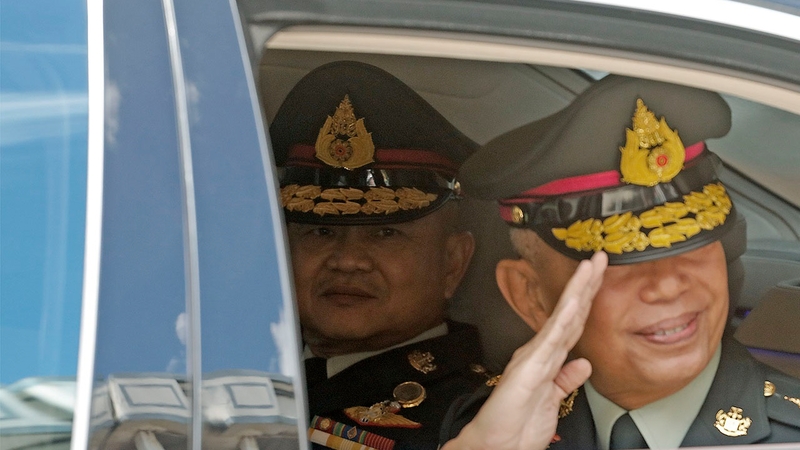 Outgoing Army chief General Apirat Kongsompong and his successor Narongphan Jitkaewtae greet reporters as they make their way to a ceremony to announce the new Army chief outside the Royal Thai Army Museum on Tuesday. 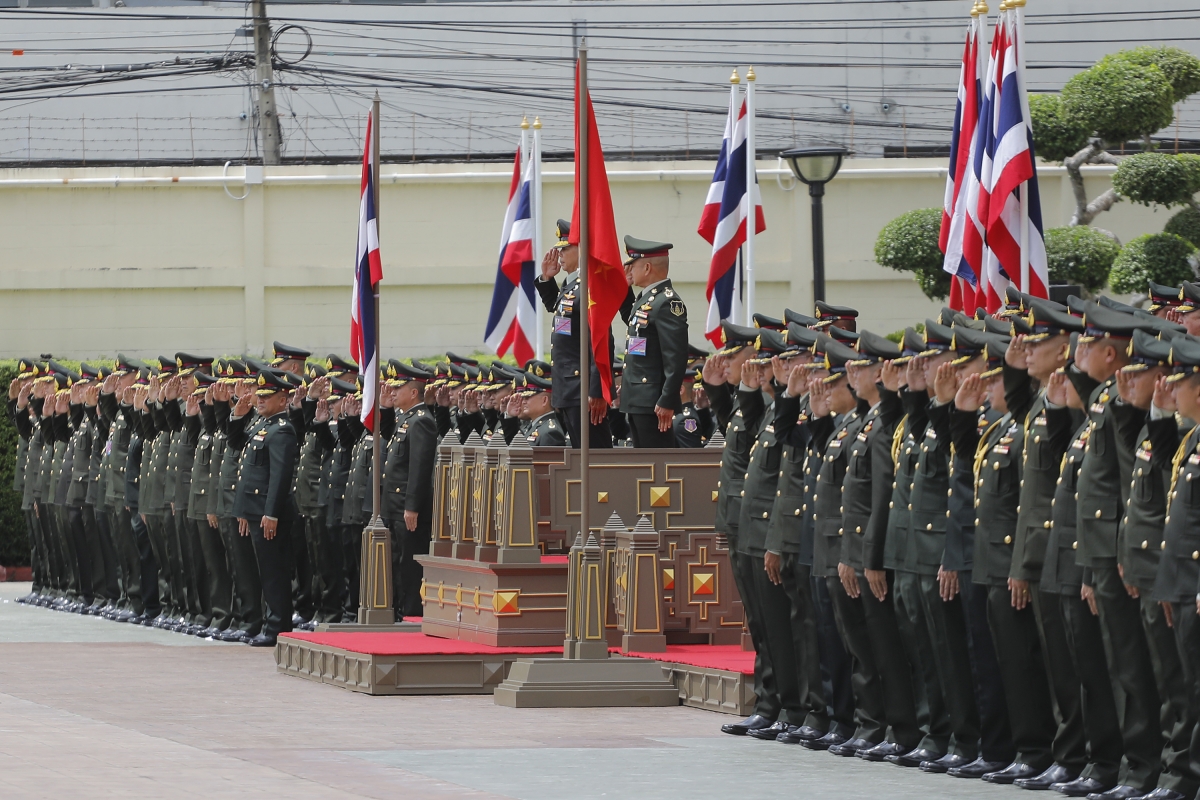 The ceremony featured a troop parade, paying respects at the King Rama V monument and a ceremonial signing over of duties.

Narongphan will officially take over as Army chief from October 1. 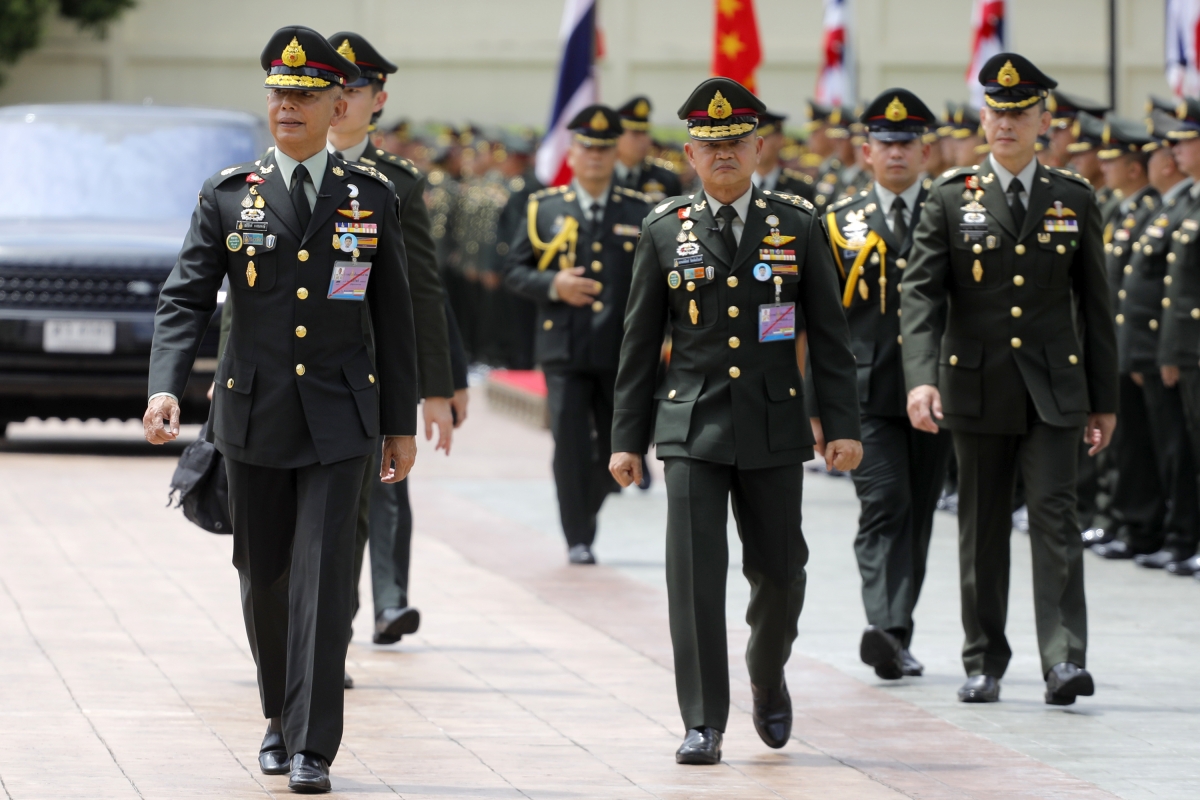 During the ceremony, Narongphan confirmed that he will keep General Apirat’s policies and ideologies alive and maintain unity among military officers to provide unity for the country and monarchy.