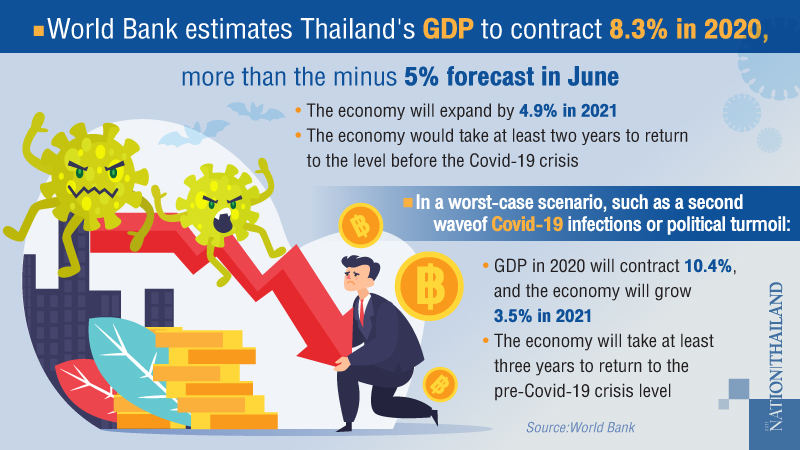 The World Bank expects Thailand's gross domestic product (GDP) to contract 8.3 per cent this year, more than the earlier estimate of minus 5 per cent.

The bank expects the economy to expand by 4.9 per cent next year, with more than two years required for the economy to return to pre-Covid-19 levels.

Kiatipong Ariyapruchya, World Bank’s senior country economist for Thailand, added that political uncertainty was another factor affecting the economy at this time, in addition to the Covid-19 situation in the country or natural disaster. 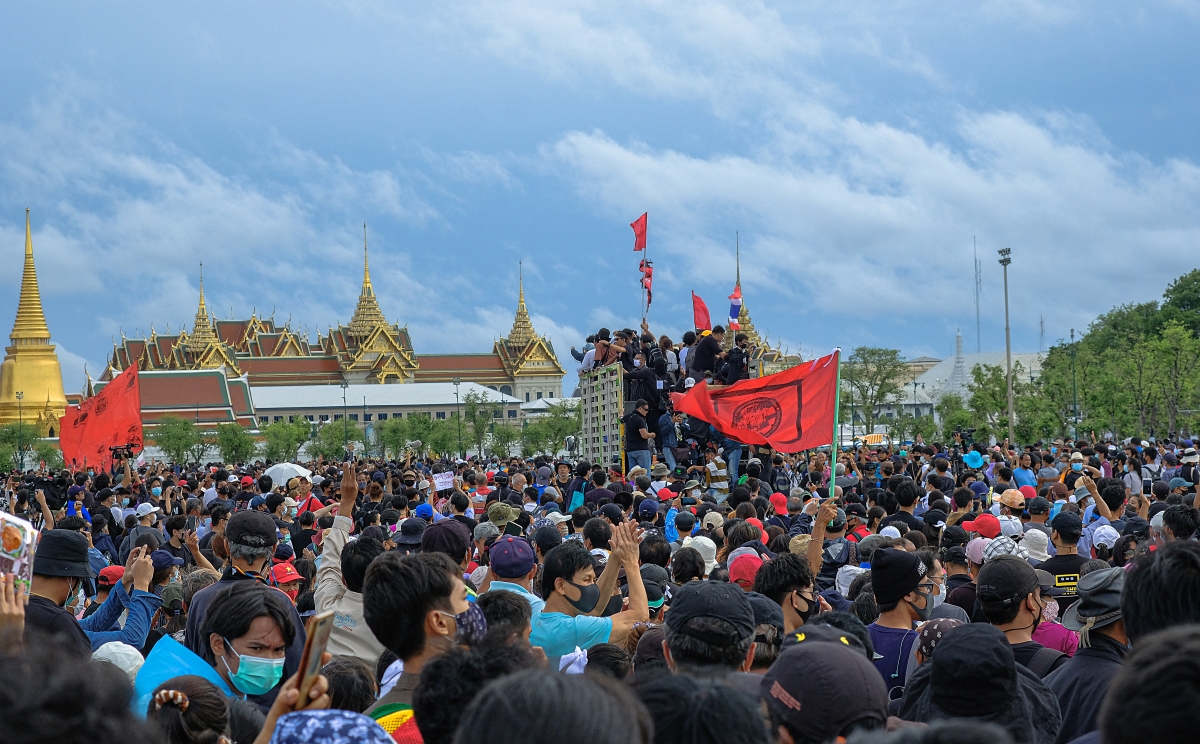 He explained that these factors could lower investor confidence and cause the Thai economy to contract 10.4 per cent. In such a scenario, the economy would grow only 3.5 per cent in 2021, and would take at least three to recover from the virus crisis.

The World Bank also estimates that the economy in the East Asia and Pacific region will grow by 0.9 per cent in 2020, the lowest rate since 1967. It also expects China's economy to contract by 1.8 per cent in the first half of this year, and by 4.0 per cent on average in the rest of the region. 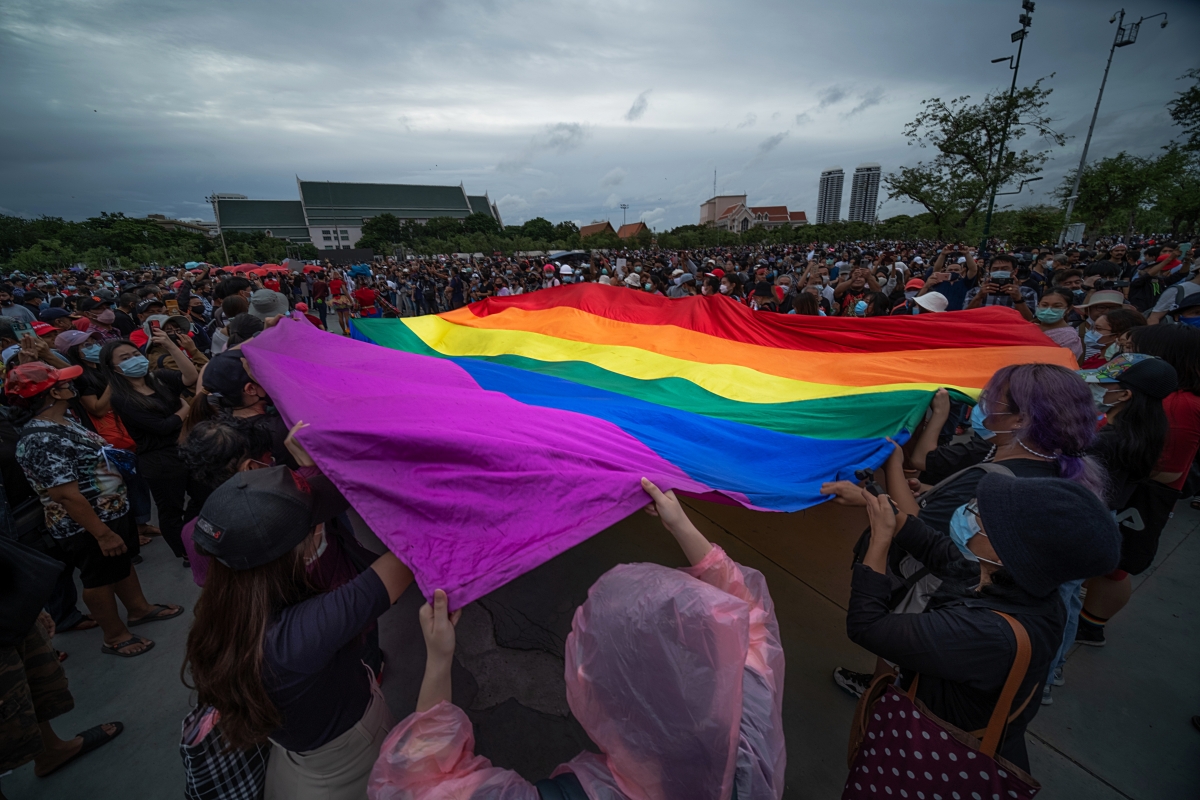