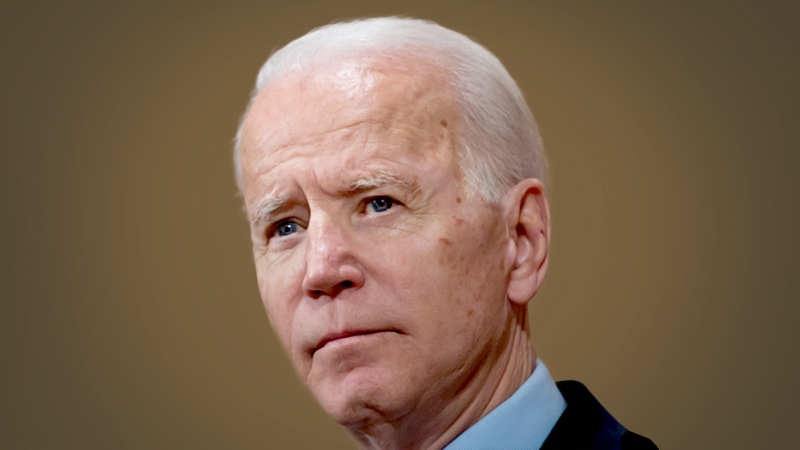 Every four years in early November, Americans vote for their next president and vice president.

The Democrats and the Republicans are the country's major political parties. They each choose a two-person team, called a ticket, to run in the general election.

Other parties, such as the Libertarians and the Green Party, may have enough support to get their nominees on the ballot in some or all states, but it has been more than 150 years since someone other than a Republican or a Democrat has won the presidency.

Today, KidsPost is profiling the Democratic and Republican tickets for 2020. (Look for more election-related stories in the next few weeks.) On the Republican side, President Donald Trump and Vice President Mike Pence are seeking re-election to another four-year term. Challenging them on the Democratic side are presidential nominee Joe Biden (a former vice president) and vice-presidential candidate Kamala Harris (a current United States senator).

Of the 17 people who sought the Republican presidential nomination in 2016, Donald Trump had among the longest odds of success.

Trump had no government or military experience, typical paths to becoming president. He was a wealthy New York businessman and real estate developer, an executive in a business his father had started years earlier. The younger Trump was better known for his 14 years hosting the reality television show "The Apprentice," each episode of which ended with Trump dismissing one competitor by saying, "You're fired!"

As a candidate, Trump tapped into the desire of some voters for a big change in government. His "Make America Great Again" campaign promised fewer government rules, lower taxes, more jobs and a crackdown on illegal immigration. He first won over Republican voters to get his party's nomination. Trump then defeated the Democratic nominee, former U.S. senator and secretary of state Hillary Clinton, in the general election.

Trump was sworn in as the nation's 45th president in January 2017. At age 70, he was the oldest presidential candidate ever to be newly elected.

As president, Trump has often taken his message directly to the public through social media instead of granting interviews to journalists or holding news conferences. His favorite platform has been Twitter. (Some days he has posted more than 100 Twitter messages.) Journalists have routinely fact-checked his tweets and retweets to reveal untrue or misleading information. Trump admitted this summer that the retweets get him "into trouble."

Trump kept his campaign promise to deliver tax cuts, which have assisted some low- income people, but critics say they have helped large businesses more. He is withdrawing the United States from the Paris agreement on climate change, a phenomenon that he has called both a hoax and a serious problem. He also plans to end the United States' support for the World Health Organization, which he says has mishandled the coronavirus pandemic. He sometimes has downplayed the seriousness of the novel coronavirus. He also has promoted a treatment that many medical experts have said does not work.

Last year, Trump was charged by the House of Representatives with abuse of power and obstruction of Congress in a process known as impeachment. The United States Senate, acting as the jury in the case, cleared him of the charges. Trump is just the third U.S. president to be impeached. None was convicted.

Personal tidbit: When first lady Melania Trump and son Barron moved to Washington in 2017, 11-year-old Barron became the first boy to live in the White House in more than 50 years. The president also has four adult children from two previous marriages.

Joe Biden was a United States senator for 36 years and vice president for eight, but his political career nearly derailed before it began.

A few weeks after his first Senate election in 1972, Biden's wife and 1-year-old daughter died in a car accident. His two young sons were badly injured in the accident. The widowed, single dad thought about giving up his Senate seat, representing Delaware, to stay at home with his sons. Instead, he decided to commute daily by train from Delaware to the nation's capital, 90 minutes each way, and be at home with his sons during mornings and evenings.

The train trips continued after he remarried in 1977 and he and his wife, Jill, a teacher, had a daughter. After Biden was elected vice president in 2008, the couple moved into the official residence of the vice president in Washington. Having ridden more than 2 million miles on the nation's Amtrak train lines, he was given the nickname "Amtrak Joe."

As Biden rose in the Senate's Democratic Party ranks, he led major committees and championed issues, including the environment, health care and racial justice. Those are issues he still prioritizes. Biden's years in Congress also included votes unpopular with some Democrats. One was his support in 2002 of the United States' invasion of Iraq.

A strong speaker and debater, he was also known for slip-ups and offhand remarks that sometimes got him into trouble.

Biden had run for president twice before becoming President Barack Obama's vice president. Obama once compared Biden's contribution as vice president to that of a basketball player "who does a bunch of things that don't show up in the stat sheet." A few days before leaving office, Obama awarded Biden the Presidential Medal of Freedom with Distinction, the nation's highest civilian honor.

As vice president, Biden would have been a solid contender for president during the 2016 election. But he skipped that race because he and his family were grieving the loss of his son Beau, who had died of brain cancer the year before.

Joe Biden will turn 78 years old in November. One of the youngest men ever elected to the U.S. Senate, he could become the oldest man elected president.

Personal tidbit: As a youth, Biden struggled to overcome a stutter. He worked on it by reciting poetry before a mirror, watching his facial movements. A high school baseball and football player, he was elected class president in his junior and senior years.

Mike Pence had spent 12 years in the United States House of Representatives and four years as governor of Indiana when presidential candidate Donald Trump picked him as his running mate in 2016.

Pence grew up in Columbus, Indiana, where his father helped manage an oil and gas company. As an elementary school student, the younger Pence won a local speech contest, and he won a national debating prize as a high-schooler.

Pence became a Republican when he was in his mid-20s. Eventually his embrace of strict conservative (traditional) values put him at odds with some members of his own party. As a congressman, he introduced 63 bills, none of which passed. And when he ran for the top Republican post in the House in 2006, he got 27 votes out of 196 cast.

But Pence remained committed to his principles on social and economic issues, which made him popular with the most conservative members of the political party - a plus when Trump was looking for a running mate four years ago.

Like other vice presidents, Pence, now 61, has been a loyal deputy, filling in at ceremonial occasions such as the 2018 Winter Olympics in South Korea. In February, he was tapped to head the White House's national response to the coronavirus pandemic.

Pence's closest adviser may be his wife of 35 years, Karen, a painter and an elementary-middle school art teacher. The couple has three children.

Karen Pence says her husband enjoys thin-crust pizza, likes to draw cartoons and would love to own a horse someday.

Personal tidbit: In 2018, the Pence family's pet rabbit "wrote" a book for young readers titled "Marlon Bundo's A Day in the Life of the Vice President." The book's actual author was Pence's daughter Charlotte. His wife, Karen, drew the illustrations. The money they earned went to charity.

"I describe myself as a proud American," Harris, 55, says when asked about her multicultural roots.

Her parents were immigrants - her mother from India, her father from Jamaica - who came to the United States to further their education. Harris was born in Oakland, California, and lived in nearby Berkeley during the 1960s civil rights movement. She was among the first Black children bused to better-off neighborhoods to fully integrate Berkeley's public schools.

Harris's mother cooked Indian food and took her two daughters to a Hindu temple and to visit family in India. But she embraced her adopted homeland and the African American culturein which she was raising her girls. Harris and her sister sang in the children's choir at an African American church.

Harris said her mother understood "very well" that she was raising two Black daughters, and when it came time for college, Harris attended Howard University, a historically Black school.

Her election track record includes seven years as San Francisco district attorney and six as California attorney general, the top legal official for that city and state. Since police killings of Black people have led to nationwide protests this year, Harris has called for an overhaul of the criminal justice system. But some critics have said she didn't push for those reforms in California when she could have.

Harris is serving a six-year term representing California in the Senate, a seat that she will give up two years early if the Democrats win in November and she becomes vice president. A female vice president would be - you guessed it - another first.