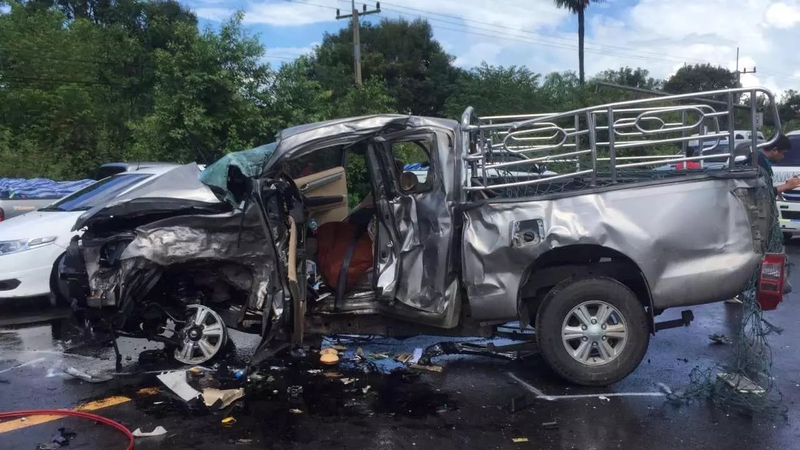 Muang Si Sa Ket station police were alerted to the accident at 2.45pm on Wednesday on Highway No 226 at Km 7 from Si Saket to Ubon Ratchathani. At the scene they found two Isuzu D-Max pickup trucks crumpled from the head-on collision. Rescue staff had to use a metal cutter to free the passengers. 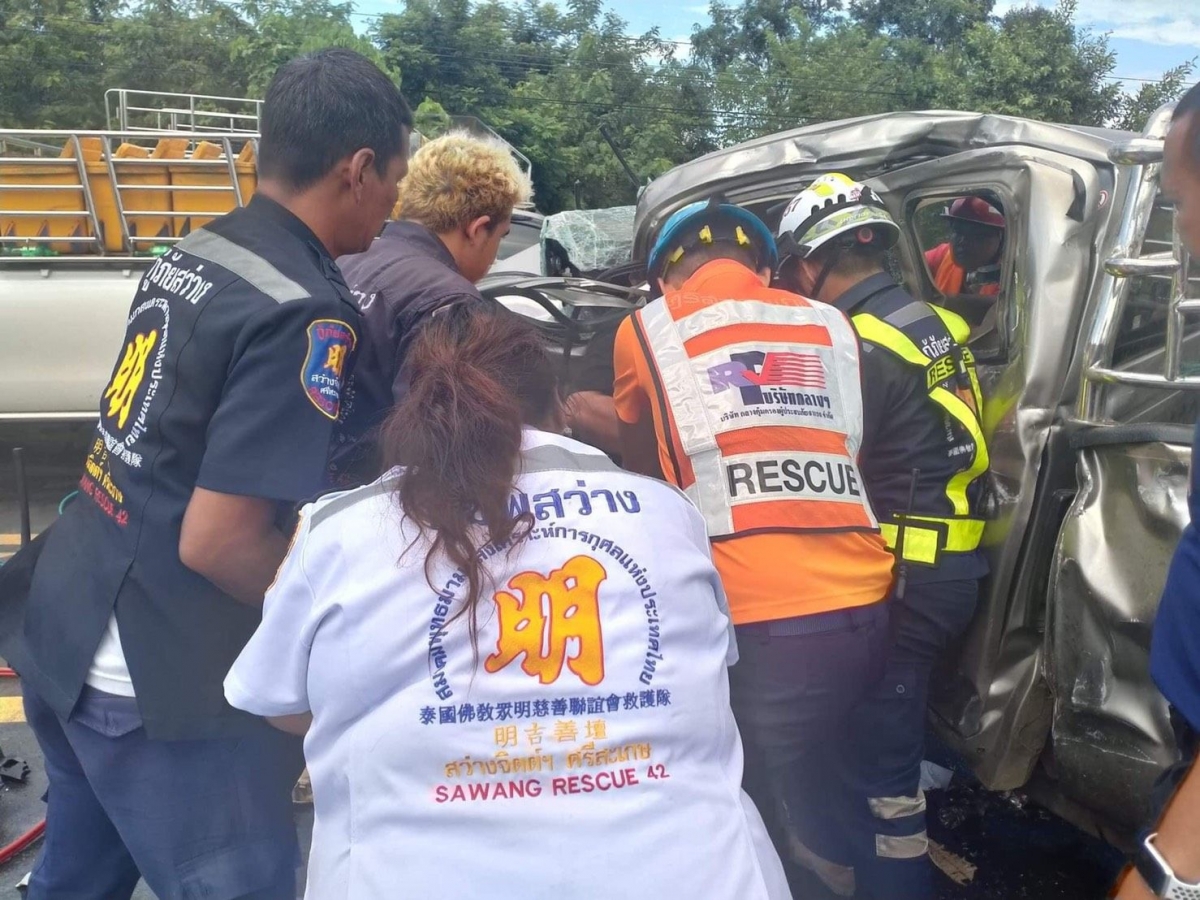 The drivers of the vehicles – Nathanon Chatkaewphanakul, 40, and Thawatchai Phromma, 47, suffered major injuries and were rushed to hospital. Their condition is critical.

Police are gathering evidence to determine the cause of the accident, but a preliminary investigation showed the collision might have been caused by a slippery highway from heavy rains.