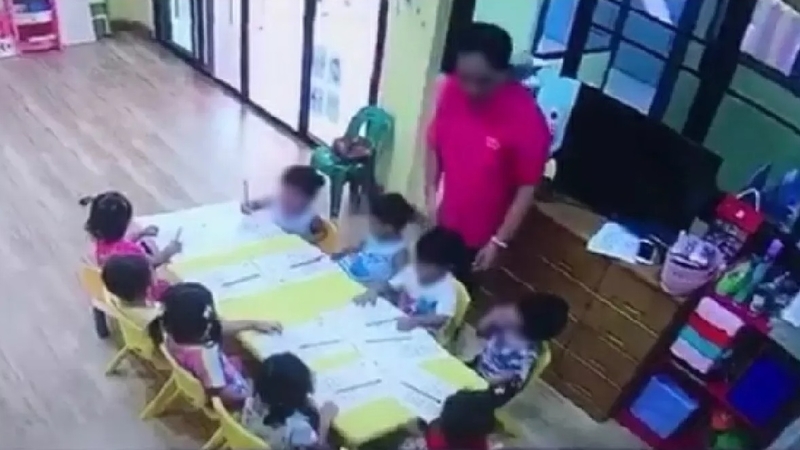 A Nakhon Pathom couple are demanding progress in a case they filed against a nursery teacher, who was seen on CCTV pinching their three-year-old son so hard that he cried out loudly.

Manoon (last name withheld), 33, a local of Nakhon Pathom’s Muang district, and his wife Suthida, 28, visited Muang Nakhon Pathom police station on Wednesday to follow up on the case they filed about a month ago against the teacher.

The couple filed the police complaint on August 29 after their little son returned home from a nursery school in Muang district on August 28 with several wounds on his hand.

“The boy said a teacher pinched him in the classroom. We took him to hospital, where the doctor confirmed that the boy’s hand had five wounds from what appeared to be long nails,” Manoon said.

“My son even had nightmares for several nights, in which he would wake up crying and saying his hand hurts. He also said he didn’t want to go to school anymore, so we stopped sending him there,” Manoon added. 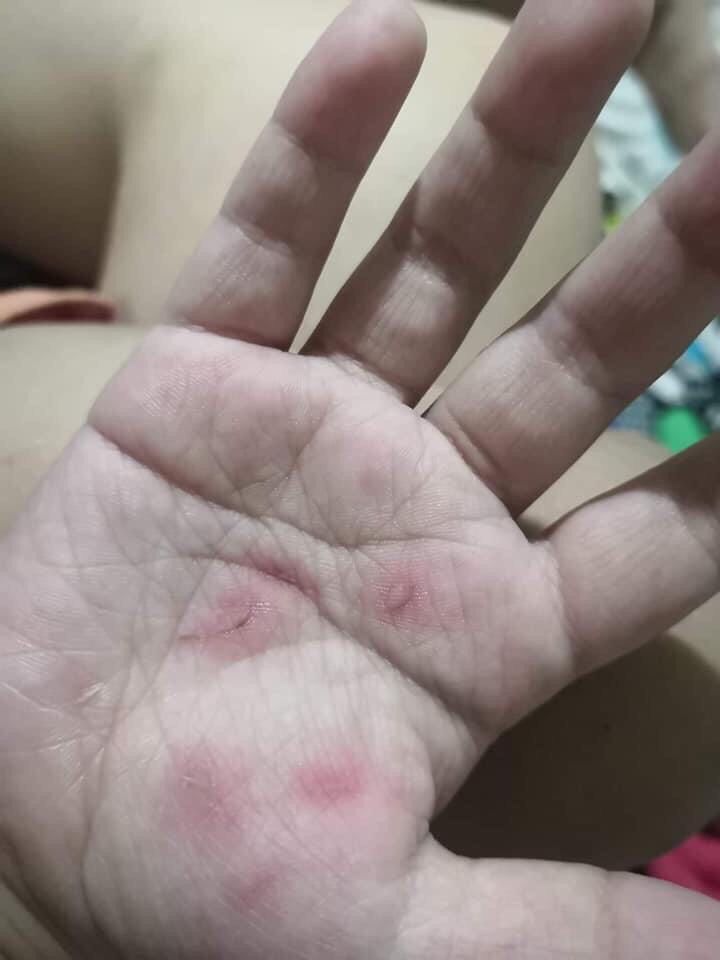 “We wish to pursue legal action against the teacher, but it has been a month since we filed the complaint and there is still no progress. The school staff visited us only once and said the teacher has been fired.”

On Wednesday, Manoon also posted on his Facebook page CCTV footage from the school that showed the teacher pinching the boy’s hand while he was writing, causing him to cry loudly. In the post, Manoon demanded justice.

The footage went viral, with several netizens urging the school to take disciplinary action against the teacher.

Police said they have contacted the school’s attorney, who confirmed it would invite the parents to a session to clarify the incident and discuss a settlement.