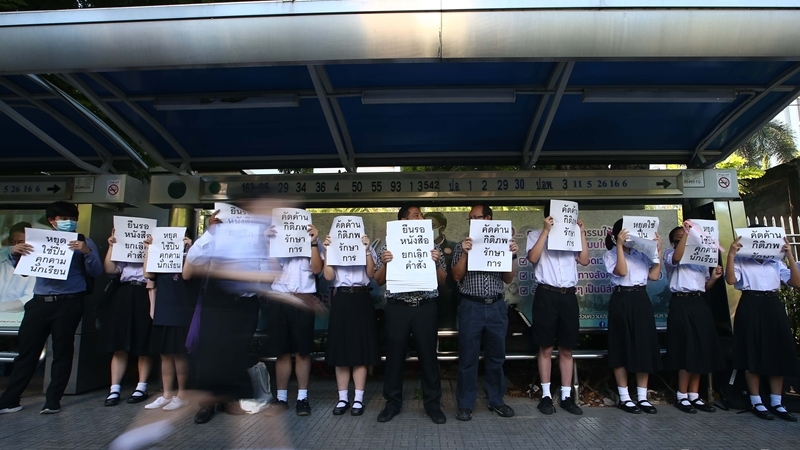 Students and teachers of Triam Udom Suksa School on Thursday protested against the transfer of seven teachers, which they deemed unjustified.

At 7am, the school’s teacher club president Paradorn Natanreeb led the protesters to a bus stop in front of the school, holding signs with messages that demanded cancellation of the “unfair order” from director Sophon Kamon. 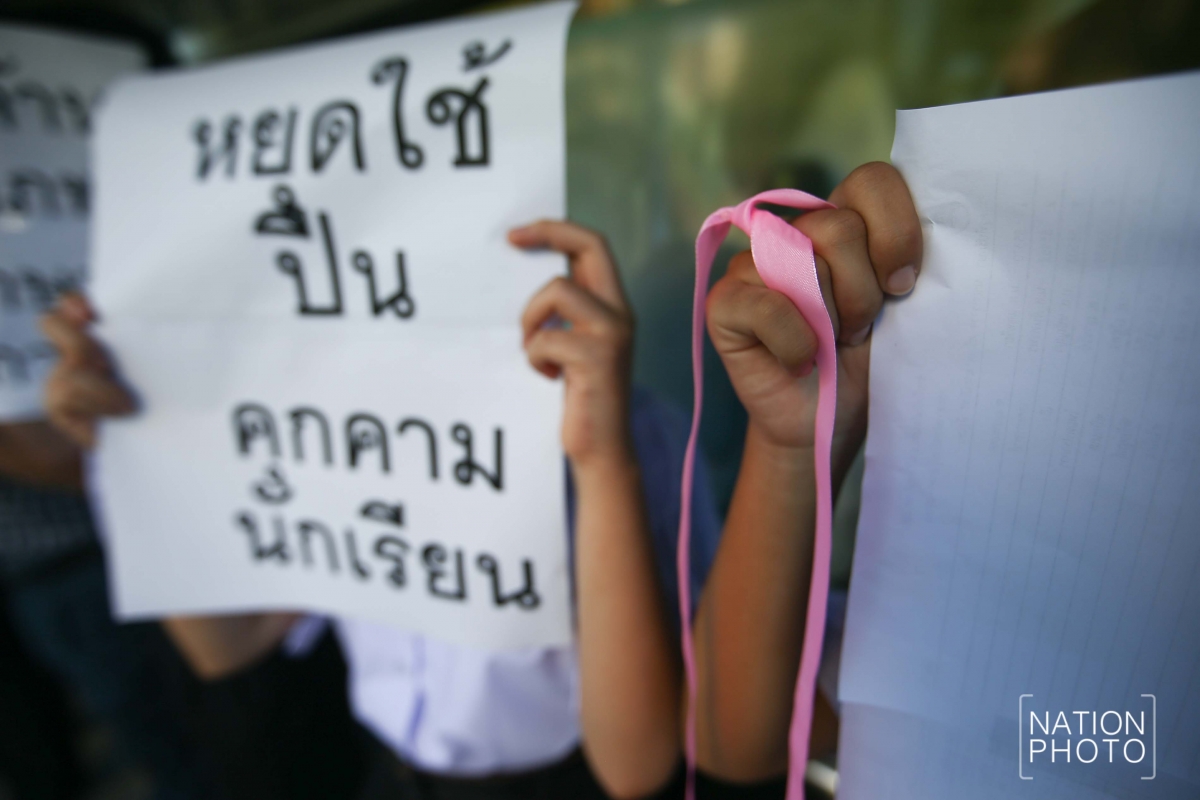 Some of Sophon’s past actions since he became director at the end of 2018 have also resulted in controversy, leading to complaints being filed with the National Anti-Corruption Commission (NACC) on September 22. 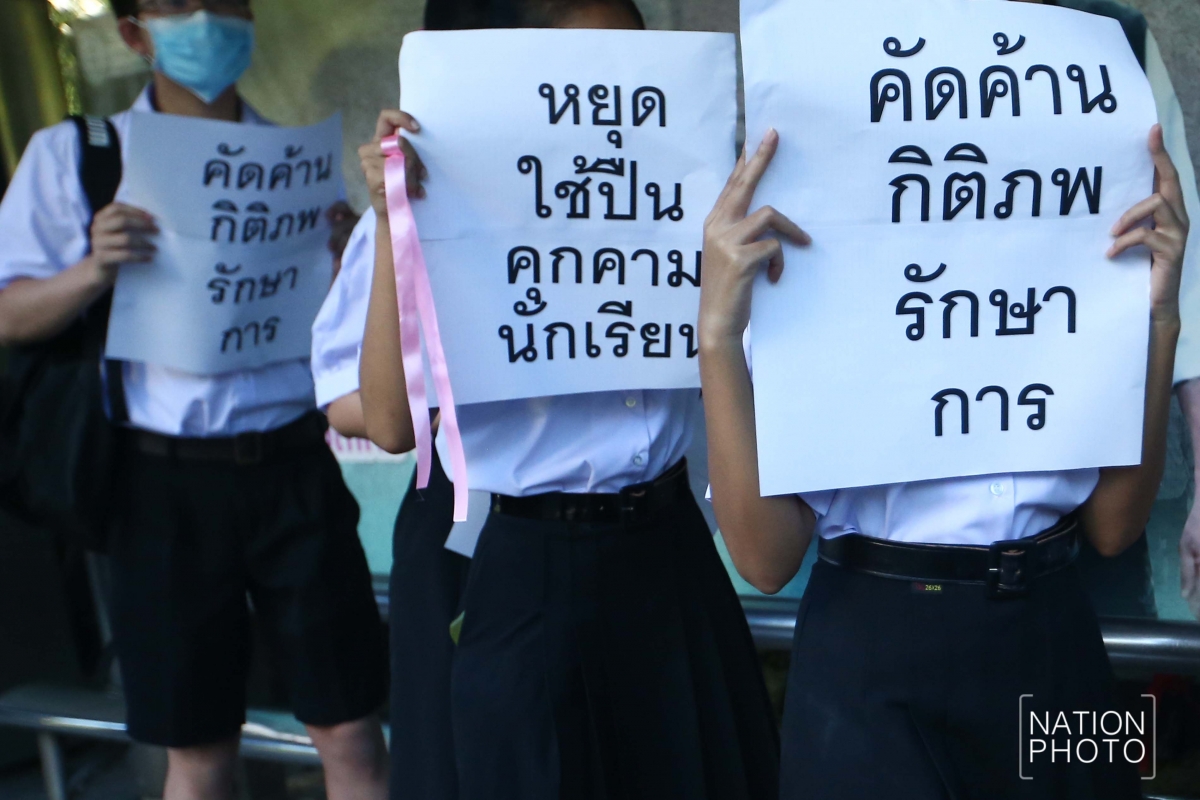 However, the NACC has not delivered any serious action on the complaints, while Education Minister Nataphol Teepsuwan has remained silent thus far. 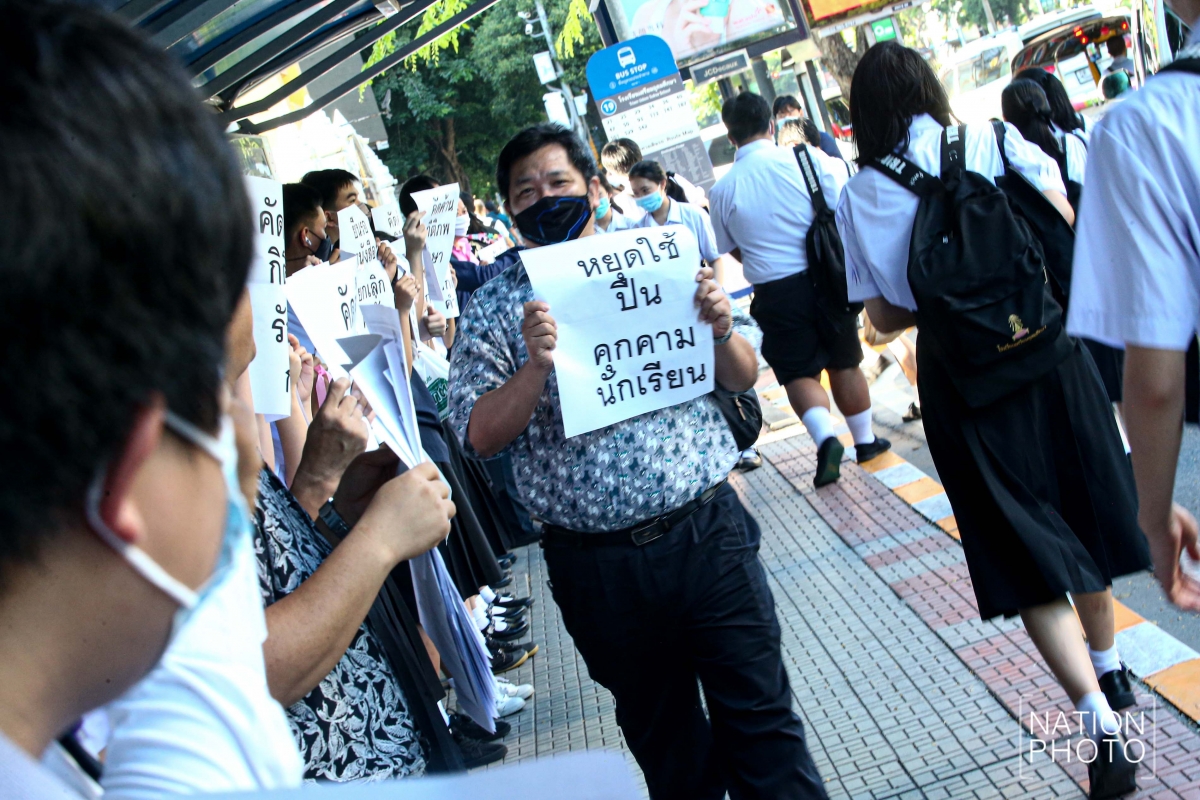 A few days before his retirement on September 30, Sophon made another controversial decision by ordering the transfer of the seven teachers, who allegedly had conflicts with him, reportedly replacing them with his supporters.