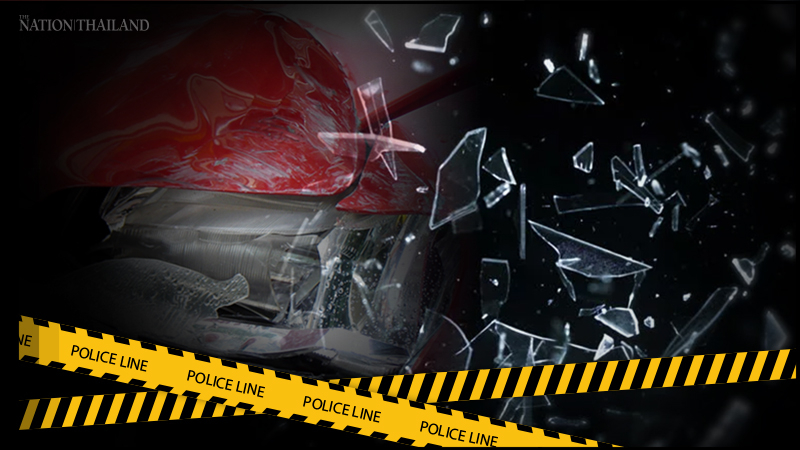 A policeman rode down the wrong way on Thursday, crashing into a taxi despite the taxi driver switching on his high beams to warn the officer to slow down.

Around 1am, police were informed about the accident in Bangkok’s Din Daeng.

At the scene, they found a police motorcycle and its officer lying on the road. They immediately sent him to Rajavithi Hospital.

Chalermchai Winyusak, whose taxi the policeman crashed into, explained that while he ferrying a passenger from Rangsit to Victory Monument, he saw the policeman on the motorcycle approaching from the opposite direction.

He frantically used his high beams to warn the policeman to stop, but the motorcycle subsequently crashed into the front of his car.

The driver was taken to the police station to give a detailed version of the accident.

The injured policeman will be interrogated as soon as he recovers.