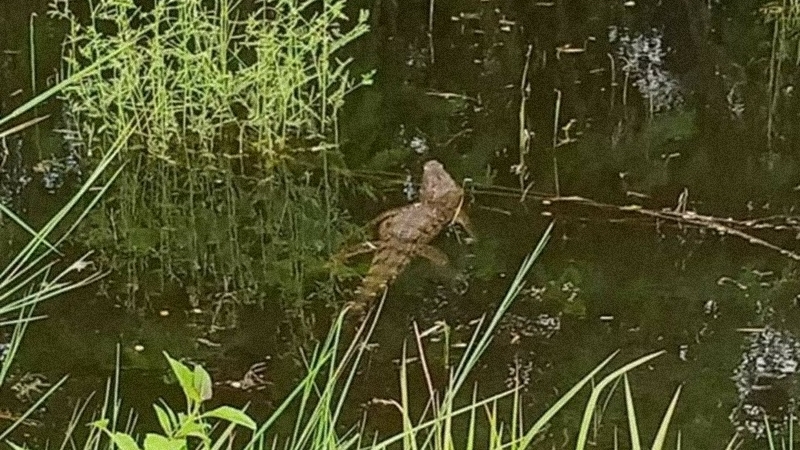 Many Nakhon Ratchasima locals have joined the hunt for a 1.5-metre-long crocodile that escaped from a crocodile farm after the first attempt to catch it on Wednesday failed.

Earlier this week, residents of Pha Ngat reported to police that they had seen a crocodile swimming in Bua Bueng canal.

They also shared images on social media to raise awareness and began plotting to catch the reptile on Wednesday.

Their plan was to place bait in the canal and then wait to shoot it, which they did, but the crocodile went underwater immediately after being shot.

After the hunting team could find no sign of the predator’s corpse, locals concerned for their safety decided to start hunting for the animal themselves.

Police are investigating to see why the crocodile managed to escape from the farm and if there are more dangerous animals on the loose.