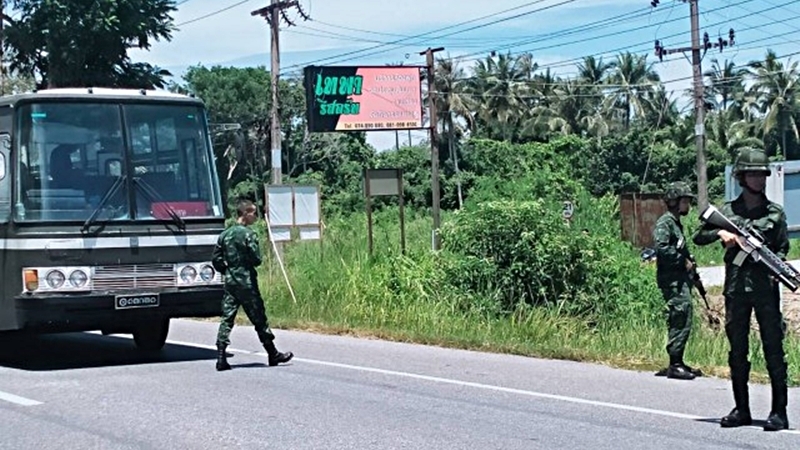 The attack occurred in Thepa district at 11.38am, when an explosion ripped through the convoy. All four injured soldiers were rushed to hospital and the area quickly secured by troops.

Security forces say the insurgents hid explosives by the road and then waited in a hiding spot on the side of the road near Pakbang Lake Resort.

When the vehicles reached the bombs, they triggered a detonator. The four soldiers were wounded by shrapnel from the blast.