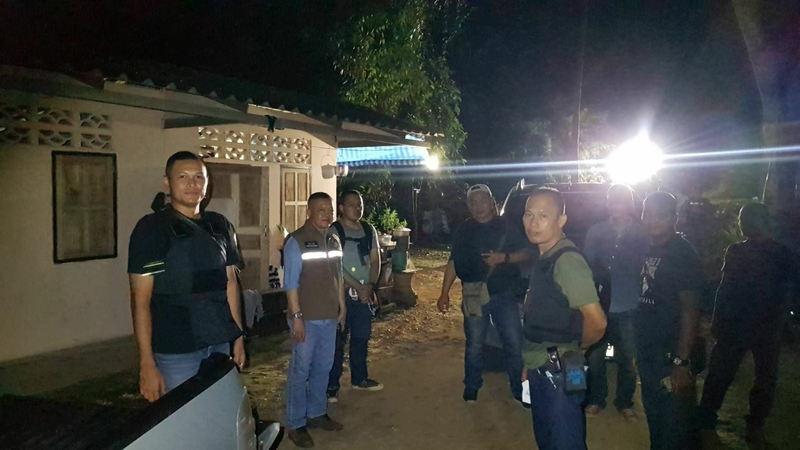 An absconding murder suspect was killed in a shootout with police on Thursday in Prachuap Khiri Khan province.

Around 8pm, Nong Plub Police Station in Hua Hin district was informed that a group of policemen from Phetchaburi province had killed alleged criminal Chatchai, also known as ‘O Cha-am’, at a rented house in the district.

Local police, together with a doctor, forensic experts and a lawyer, reached the scene of the shootout.

The rented house was located near a forest. The fugitive murder suspect, 36, lay in the forest with nine bullet wounds. Officials also found a .38 gun near him and the evidence was confiscated.

Chatchai was wanted under an arrest warrant issued by the Phetchaburi Provincial Court on August 3, after he killed Peepitcha Makmul, 47, his aunt, the same day.

He allegedly murdered her because she refused to testify in his favour in court in a case against him for allegedly attacking her husband. Peepitcha was shot dead with a 0.38 gun at her house.

The suspect escaped from Phetchaburi where he had allegedly committed the crime, and rented a house in Prachuap Khiri Khan. However, police traced his whereabouts and asked him to surrender. The man reportedly refused and tried to flee. He reportedly shot at the police twice before being killed in retaliatory fire.