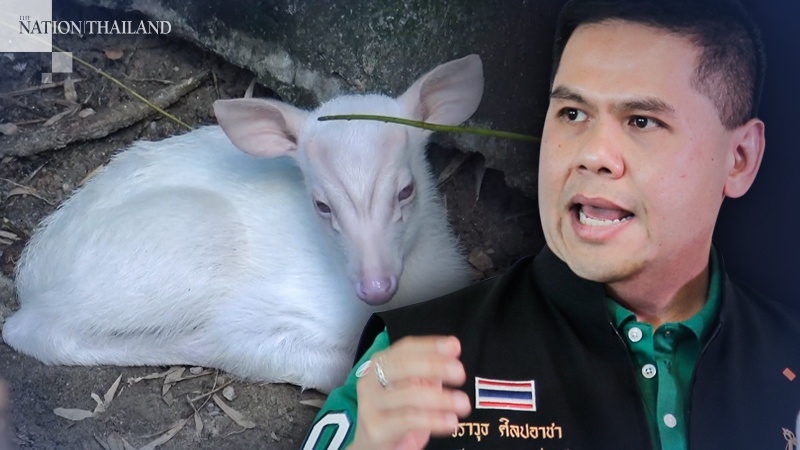 The Environment and Natural Resources Ministry is investigating the suspected murder of a top zoological park official on Saturday by a Songkhla Zoo staff, minister Varawut Silpa-acha said.

The minister said he was coordinating with involved state agencies to probe this event as well as the case of the missing deer.

He also conveyed his condolence to the family of director-general of the Zoological Park Organisation of Thailand, Suriya Saengpong, who  was allegedly shot dead by a Songkhla Zoo staff on Saturday morning in Songkhla, while he was investigating the case of a missing albino barking deer.

The staffer who allegedly shot dead Suriya was reported to have later shot himself in his room at the zoo. He was identified as Puwadol Suwanna, head of the conservation, research and animal health at the Songkhla Zoo.

The deer went missing in February this year. The organisation set up an investigation committee to look into the case after Songkhla Zoo's director claimed the deer had been swallowed by a python.