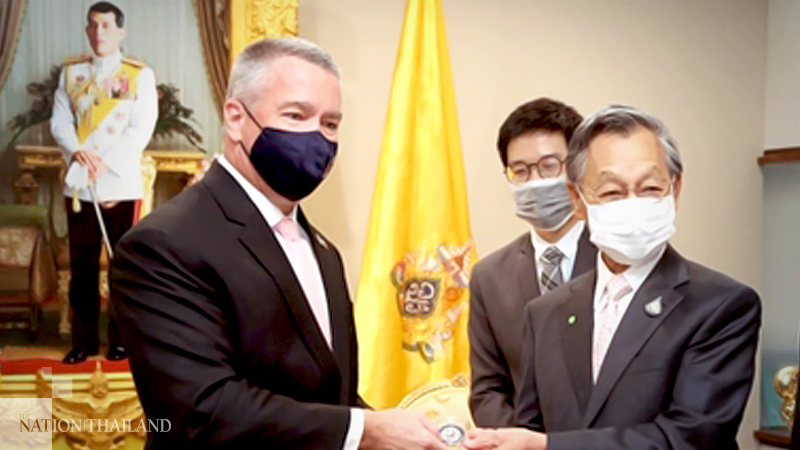 “The House Speaker first congratulated the ambassador on taking office [on March 2] and applauded him for the work he has done in Bangkok and upcountry that has helped strengthen ties between Thailand and the US. He also commended the envoy for promoting a better understanding of Thai society and culture among Americans,” Issara said. “Chuan also expressed condolences for the US citizens who have lost their lives to the virus, and wished President Donald Trump and other American patients a speedy recovery.”

Issara said Chuan and DeSombre also discussed several topics, including the Thai-US cooperation to restore the economy once Covid-19 has passed and the timeframe for the amendment of the Constitution, which should be part of the agenda when Parliament reconvenes in November.