People living in a 500-metre radius of an ice factory in Khao Kho, Petchabun, were evacuated after an ammonia gas leak at the facility.

Khao Kho police, who were alerted to the leak at the Yang Yeun ice manufacturing factory in Camp Son subdistrict at 3.20pm on Wednesday, rushed to the scene along with fire trucks and public health officials and was told by factory staff that the canister storing ammonia gas was leaking at its valve and could not be shut off.

Officials had to wear protective suits and used seven fire trucks to spray the area with water to reduce the effect of the spreading gas.

Khao Kho district chief Phakphum Phumi then ordered an emergency survey of children, the elderly and sick people living in a 1km radius of the factory to prepare them for evacuation. He also ordered the closure of the road from Camp Son Intersection to Krua Phet Kaew Intersection and advised motorists to use a bypass road in front of the Camp Son Buddhist Training Centre. 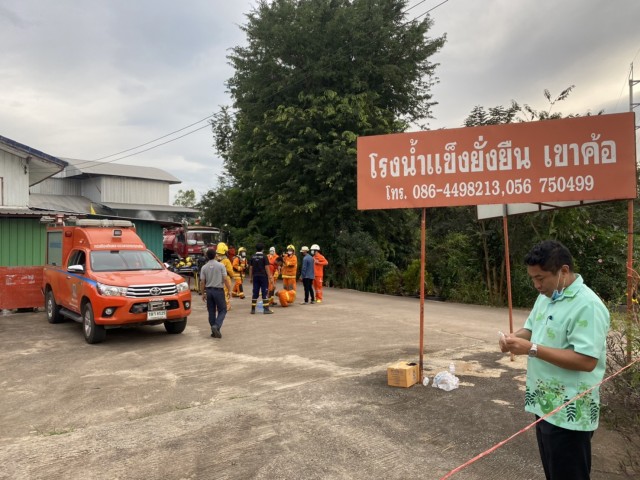 Later, at around 7pm, Phetchabun Governor Krit Khongmuang visited the scene to supervise and monitor the situation.

“I ordered an emergency evacuation of all people living in a 500-metre radius of the factory to a temporary camp at Camp Son Temple,” he said.

“Officials expect to control the situation by midnight or by 2am [on Thursday] the latest,” he said earlier.

There has been no report of injuries or deaths so far.