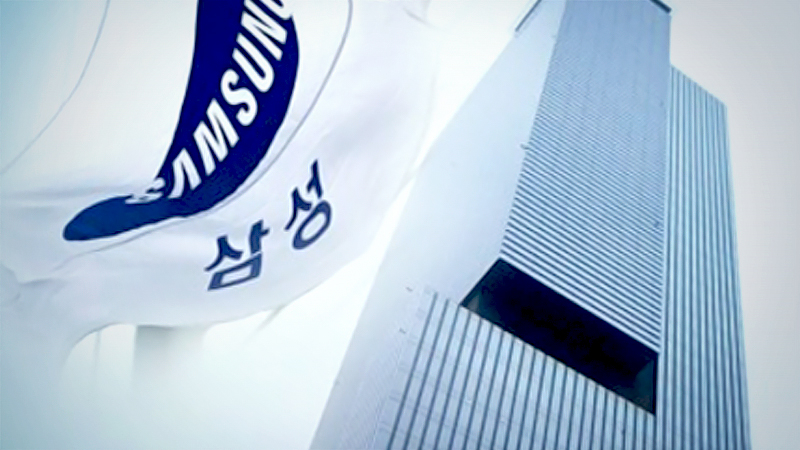 Samsung Electronics on Thursday announced an earnings surprise for the third quarter of this year, posting the largest operating profit in two years.

The South Korean tech giant said in its preliminary earnings report that it would register 66 trillion won ($57.01 billion) in revenue and 12.3 trillion won in operating profit for the July to September period.

It was a surprise, since the financial market’s profit forecasts hovered around 10 trillion won.

If confirmed, the Q3 revenue will have soared 58.1 percent from the same period last year, with operating profit gaining 6.45 percent during the same period.

The operating profit would be at its highest since the third quarter of 2018, when Samsung achieved 17.5 trillion won.

The revenue figure would be the largest since the fourth quarter of 2017.

Although the company didn’t provide a breakdown for the figures, it is widely believed that the chip business gained a boost from the US restrictions on Huawei, one of Samsung’s major customers. Reportedly, Huawei aggressively procured memory chips from Samsung in the third quarter before the US sanctions took effect.

“Samsung has posted big growth of 4 percent for DRAM and 13 percent for NAND flash due to Huawei’s orders in August,” said Song Myung-sub, an analyst at Hi Investment & Securities.

The semiconductor business’s Q3 operating profit is estimated to be around 5 trillion won.

The mobile device business is also expected to report an improved performance, including high sales of the latest Galaxy Note 20 series and premium foldable devices.

Samsung’s smartphone shipments are projected to have jumped over 40 percent in the third quarter, reaching 80 million units, according to market analysts.

The mobile unit is expected to post over 4 trillion won in Q3 operating profit, which would be an increase of about 120 percent from the previous quarter.

The consumer electronics business is predicted to announce its largest profit since the second quarter of 2016 due to the pandemic and consequent trends toward social distancing and staying at home.

As more people around the world sought to replace their old home appliances with new ones in recent months, the result of spending more time at home, Samsung saw expanded sales of home electronics both at home and abroad.

The consumer electronics unit is likely to post over 1 trillion won in operating profit in the third quarter, according to market forecasts.

LG Electronics announced on the same day the company is likely to achieve the largest revenue and operating profit for the third quarter to date this year, beating market expectations.

In a preliminary earnings report, the company said it would see 16.91 trillion won in revenue and 959 billion won in operating profit between July and September.

Its revenue and operating profit enjoyed a 7.8 percent and 22.7 percent increase, respectively, compared to the same period last year.

The announcement comes as somewhat of a surprise, as the third quarter is traditionally considered offseason in the home appliances industry, but it was thanks in part to strong home appliances and TV sales in countries like the US where COVID-19 stimulus packages have led to pent-up demand.

High-end products such as OLED and NanoCell TVs also helped deliver the performance, as well as clothing care appliances.

Both Samsung and LG are expected to announce consolidated financial statements later this month.