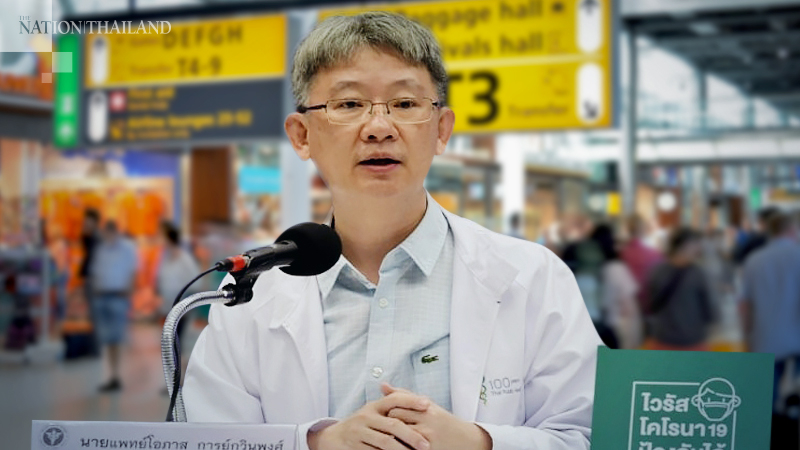 A few travellers from Thailand are testing positive on arrival at Japanese airports, the Department of Disease Control (DDC) said.

Opas Karnkawinpong, acting director-general of the DDC, said on Thursday that in the past weeks travellers from Thailand to Japan were found infected with Covid-19 after a new method of testing started from August 1 at airports in Japan. The preliminary screening method called CLEIA (Chemiluminescent enzyme immunoassay) detects infection from the traveller's saliva samples. This is a test that the World Health Organisation does not recommend as a standard, Opas said.

After receiving a report, the DDC has coordinated with the IHR national focal point of Japan to investigate the disease and check out more details about all such cases.

From coordination and preliminary investigation, from August 1 to October 8, there were 15 positive results on people travelling from Thailand after the saliva test. They were divided into 2 groups.

Group 1 had eight cases, detected from August 1 to September 21. They included two Japanese men, seven Thai men and one Thai woman. They were later taken to hospitals for testing with the RT-PCR method to look for the genetic material of the Sars-Cov-2 virus. The laboratory results of all eight cases were negative. Also, no Covid-19 was detected in 49 close contacts of these eight people in Thailand, the CDC said.

In the other cases of three Thai women, a Thai man and a Japanese male RT-PCR test results are awaited.