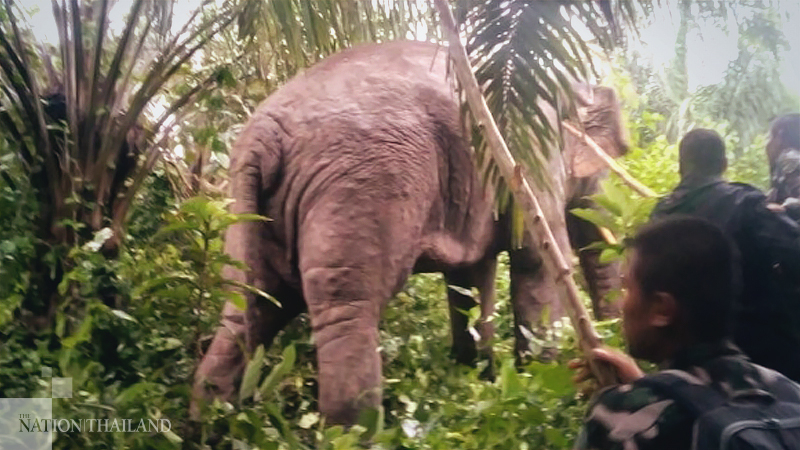 Wildlife sanctuary officials successfully caught a wild elephant that had been on a rampage in Rayong’s Wang Chan district and killed two locals last week.

Weeraphong Korawat, head of Khao Ang Reu Nai Wildlife Sanctuary, said that at 6pm on Friday, a team of 50 officials tracked the elephant, nicknamed “spotted tusks” due to the colour of its tusks, down to Singto Mountain in Pa Yub Nai subdistrict of Wang Chan district. 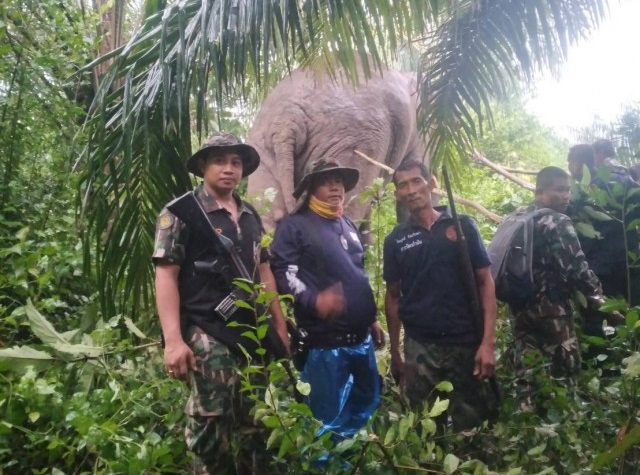 “We shot him with a tranquiliser dart and attached a tracking collar on him in case he escapes,” he said. “The area where we found him is mountainous and inaccessible for a large truck, therefore we plan to use a backhoe loader to bring him to a more open area and then put him on a transport truck.”

The elephant had reportedly killed two rubber harvesters in Rayong’s Khao Cha Mao and Wang Chan districts last week, prompting the province to announce the areas as dangerous zones and prohibiting locals from going out at night. 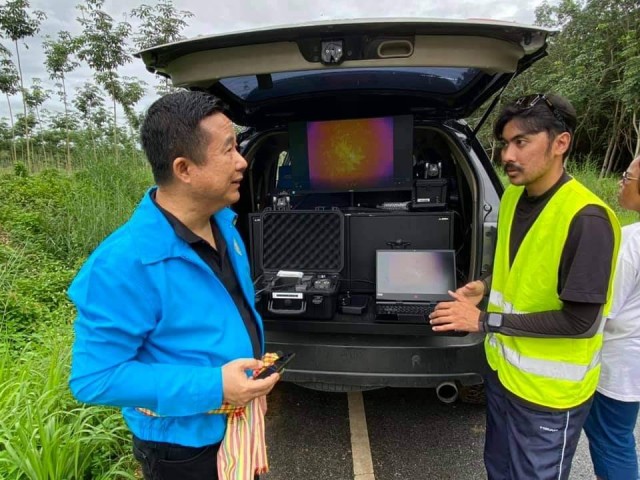 Banyat Jetanachan, Rayong’s member of parliament, visited wildlife sanctuary officials on Friday and provided camping equipment and necessary items to officials who have been tracking the animal since October 3. “The province is planning to transport “spotted tusks” to Elephant Nature Park in Sa Kaeo province to give it proper care,” he said.