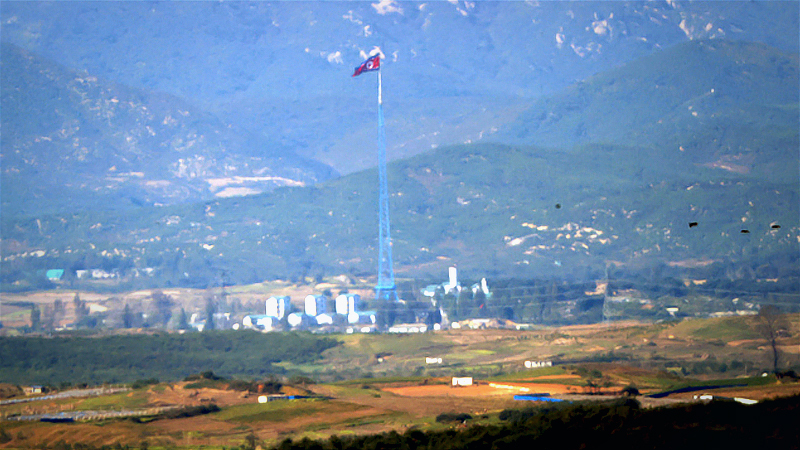 North Korea is expected to stage a military parade Saturday to mark the 75th founding anniversary of its ruling Workers' Party as speculation mounts Pyongyang could roll out "new strategic weapons," including a newly developed intercontinental ballistic missile.

North Korean leader Kim Jong-un is also likely to give an address during the event, which will be closely monitored from outside watchers for the United States at a time when their denuclearization talks remain deadlocked.

The North tends to mark every fifth and 10th anniversary with larger-scale events, such as military provocations, including missile launches and parades of troops, newly developed strategic weapons and other military hardware.

Saturday's event draws special attention as leader Kim said in his New Year's Day message that he will soon showcase a "new strategic weapon," expressing frustration with little progress in denuclearization negotiations with the US.

In its report to the National Assembly, Seoul's unification ministry said Thursday that the North could unveil newly developed strategic weapons, such as an intercontinental ballistic missile (ICBM) during this week's widely expected military parade in a bid to strengthen internal unity amid economic difficulties.

"North Korea is expected to stage a large-scale military parade and other events to mark the 75th party founding anniversary this week in a bid to consolidate unity and close ranks behind the party," the ministry said.

"There is a possibility that North Korea will unveil new strategic weapons, such as new intercontinental ballistic missiles or submarine-launched ballistic missiles, to draw attention at a time when its economic achievements have been sluggish," it added.

On Friday, government sources said that signs had been detected that Kim will deliver a speech during the widely expected military parade, though they said it is not clear whether his speech will be broadcast live.

All eyes are fixed on what message Kim will send out during his speech amid stalled denuclearization talks since his no-deal summit with US President Donald Trump early last year.

Experts said that Kim would not likely signal a reconciliatory message given that he has called for "self-reliance" and a "frontal breakthrough" against multiple challenges confronting his country, urging his people not to expect outside help.

North Korea has been faced with a triple whammy of damage caused by back-to-back typhoons and flooding in recent months, the fallout from its prolonged antivirus efforts and crippling global sanctions.

The North last held a military parade in September 2018, when it celebrated the 70th state founding anniversary. (Yonhap)