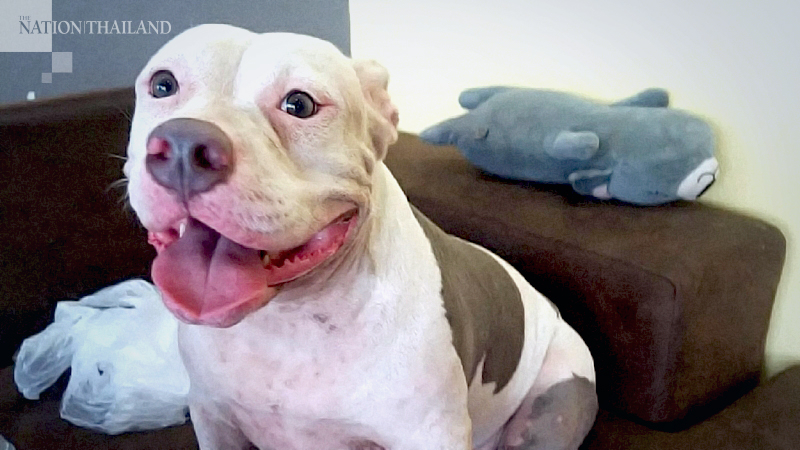 The owner of six pitbulls, who was forced to leave an apartment with her dogs because of complaints from residents, had to finally say goodbye to the canines.

Pattaranan Sadjarom, the vet of Watchdog Thailand (WDT), said the group was looking for a new home for the dogs, but there were several factors to be considered as the dogs were no longer puppies and their foster family had to be fully ready to handle them.

The vet said the dogs showed signs of depression.

In September, residents of a condo building in Pathum Thani province publicised through the media the problem of a neighbour who regularly released seven American Pitbulls to rage all over the building, leaving faeces on the corridors.

The owner of the dogs, Hong, nicknamed Cake, then took all her dogs and left. The pitbull lover became depressed at not being able to rent a new house that would allow her pitbulls.

WDT then offered to take care of the dogs while she was being hospitalised.

She tried to find a new accommodation but no one wanted to see so many dogs in their neighbourhood. Hong was left with no choice but to part with her pets.