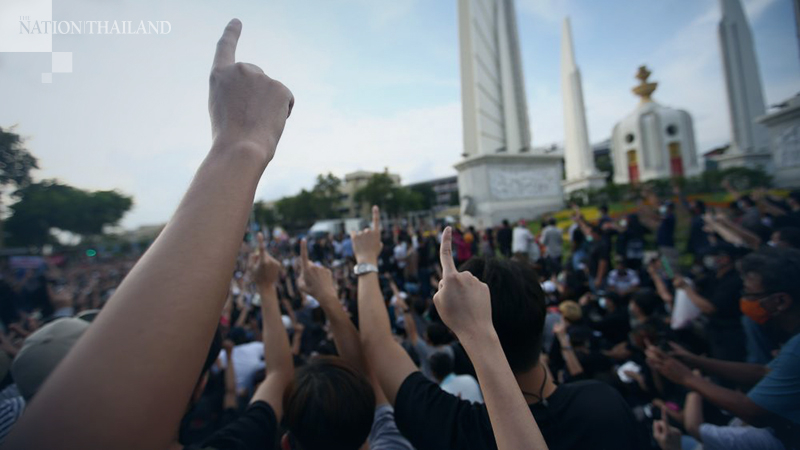 The Thammasat University Student Union is demanding that all classes between October 14 and 16 be cancelled, so students can take part in the political rally on Wednesday.

The union’s Facebook page read that Thammasat has always supported political movements since it was established, and that it should no lose sight of this purpose.

Former PM Sanya Dharmasakti, then-university chancellor and dean of the Faculty of Law, had said during the October 14, 1973 uprising that: “Students have the right to voice their opinions verbally or on paper. The university will never intervene, as that will violate their rights.”

In its Facebook post, the union also called on the current university management to grant students permission to rally against the establishment on Monday at Bangkok’s Democracy Monument.

“This peaceful protest will not violate the law and is within our rights according to the Constitution and international law on civil and political rights, which say that protesting is a basic right in a democracy,” the union’s Facebook page read.

Thammasat University’s direction appears to be shifting as the management decided not to allow protesters to base themselves in the Tha Prachan campus during their protest on September 19.

The university also banned student activists Panusaya “Rung” Sithijirawattanakul and Parit “Penguin” Chiwarak from delivering speeches during a panel discussion of the 44th anniversary of the October 6, 1976 Thammasat University massacre.