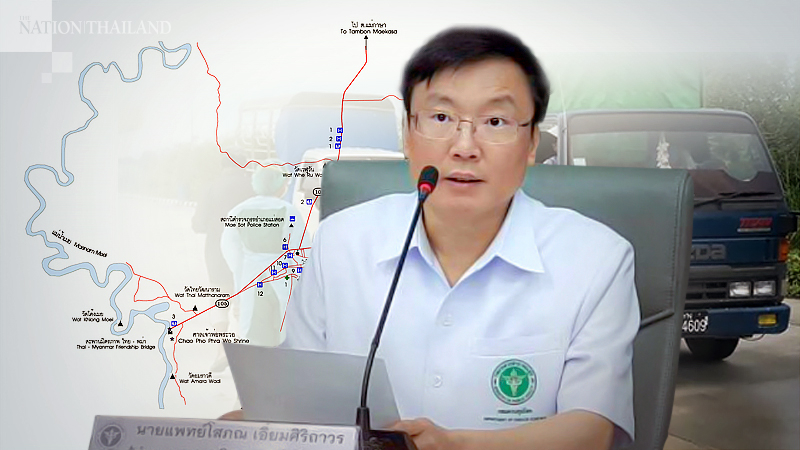 The Department of Disease Control (DDC) has revealed progress in testing people who may have come into contact with three Myanmar drivers who tested positive for Covid-19 in the border district of Mae Sot, Tak province.

Dr Sopon Iamsirithaworn, director of the DDC’s Bureau of General Communicable Diseases, said 74 close contacts of the drivers in Thailand had tested negative but had been quarantined for 14 days.

Three mobile testing units have collected samples from at least 1,500 Thais and foreigners in Mae Sot a bid to prevent an outbreak in Myanmar spreading through the Mae Sot border point to Thailand.