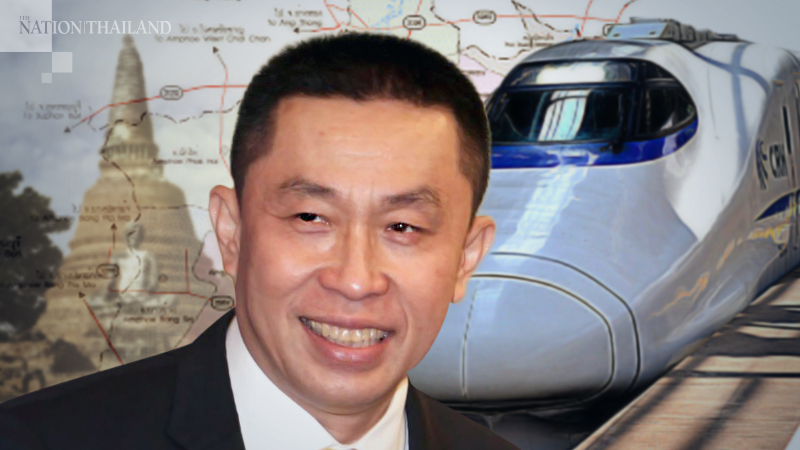 Transport Minister Saksayam Chidchob announced on Monday that the Thailand-China high-speed railway project, aiming to link the mainland with Laos and Thailand, is ready to kick off.

Prime Minister Prayut Chan-o-cha will on October 28 sign a memorandum of understanding (MoU) for the construction of Phase 1, which will cover 253 kilometres between Bangkok and Nong Khai. This project is expected to cost Bt50.63 billion.

The Centre for Economic Situation Administration (CESA) will also discuss the finer details of the project with the Chinese side after the MoU has been signed.

Separately, the Fine Arts Department has approved the environmental impact assessment (EIA) report on setting rail tracks in Ayutthaya. The department had initially objected to the plan over fears that the railway line may damage the historic sites in the city.

Meanwhile, the State Railway of Thailand (SRT) also recently presented an EIA report on the construction of a rail track between Bangkok and Ayutthaya’s Phachi district to Deputy PM General Prawit Wongsuwan for consideration in his capacity as chair of the National Environment Board.

Saksayam said NPA Construction’s objection to Italian-Thai Company winning the bid for the construction of the Saraburi and Nakhon Ratchasima sections of the rail track was awaiting court decision.

“A committee has been set up to work on the case once the court issues a verdict,” he said.