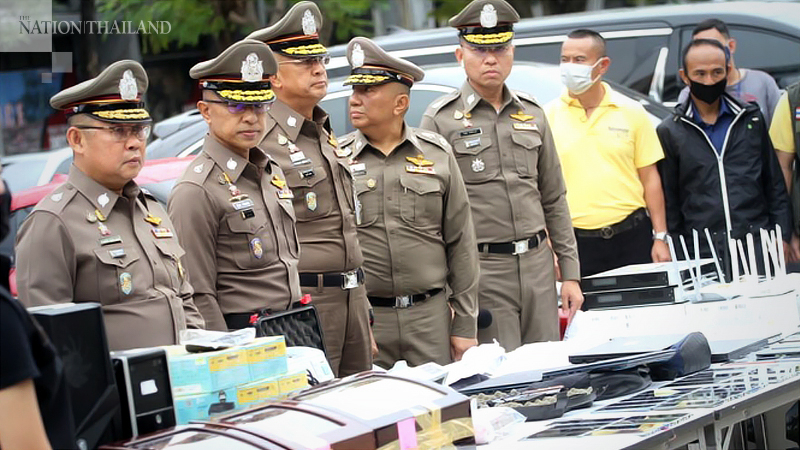 “Officials have been tracking down the operators of nine major online gambling websites under Sagame, Sexygame and the UFA network to their offices in Bangkok’s Don Muang district and in Pathum Thani,” he said.

“The four suspects were arrested along with evidence, including a Colt .45 and BUL SAS-2 handguns, 11 luxurious cars including a Porsche Carrera S Coupe, a Nissan GTR, a Benz C43 and a Toyota Alphard, more than Bt1 million in cash, wristwatches, jewellery, 50 bank passbooks, 26 computers and 108 mobile phones. The total estimated value is over Bt75 million.” 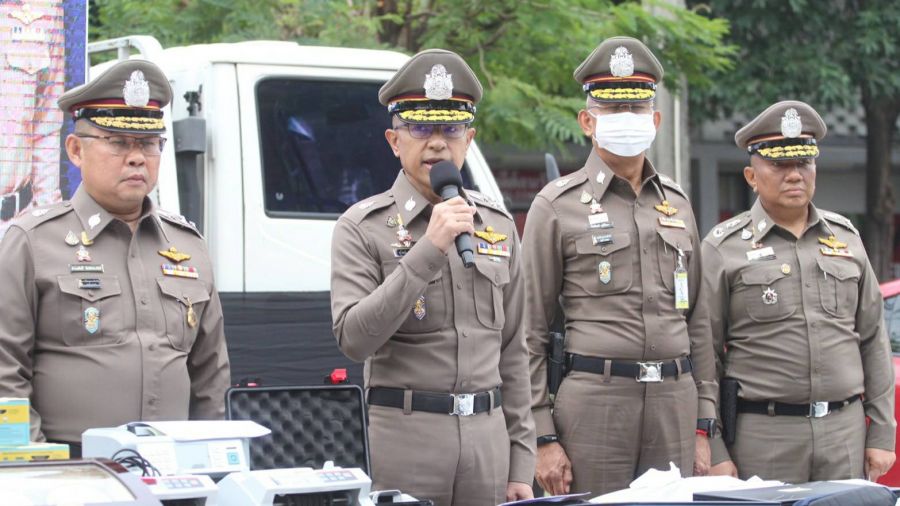 The suspects reportedly confessed that they had been operating online gambling websites, with more than Bt15 billion circulating in the past six months.

All the luxurious cars were registered under Thaenthai’s name. Police believe he was the head operator.

“They also admitted to advertising their gambling websites on social media and other movie streaming and pornographic websites to gain more players,” the police chief said.

“Shutting down online gambling websites require cooperation from several agencies, as most of the suspects establish their servers overseas and make a backup of data periodically. When they are shut down they just open a new website using the saved data and continue their operation in no time,” he explained.

The four suspects were charged with running and advertising gambling operations as well as money laundering. Police are investigating the money trail to track down possible co-conspirators.