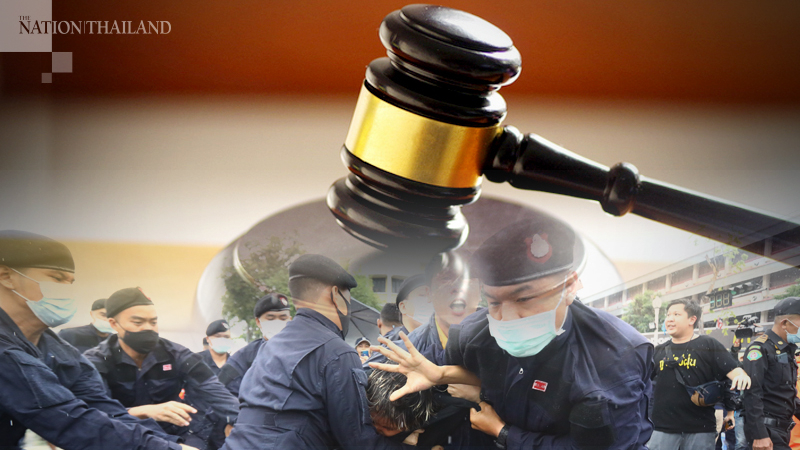 Twenty-one political protesters who were arrested on Tuesday, including the prominent Jatuphat “Pai Dao Din” Boonpattararaksa, will be taken to the courts on Wednesday afternoon.

Jatupat will be sent to the Criminal Court in Bangkok’s Ratchada area, while 19 will go before the Dusit Kwang Court, and one protester, aged 17, will make an appearance at the Central Juvenile and Family Court.

Several charges were filed against them, including illegal gathering, violation of official orders, blocking traffic and public movement, using amplifiers without permission, and vandalism.

The 21 participated in a small rally at Democracy Monument ahead of the main event on Wednesday.

Jatuphat had led protesters from his home province of Khon Kaen to Bangkok's Ratchadamoen Road, where a Royal motorcade was scheduled to pass later in the day.

All detainees were placed behind bars at the Border Patrol Police Region 1 headquarters in Pathum Thani province, north of Bangkok.

According to The Reporters Facebook page early on Wednesday morning, Move Forward leader Pita Limjaroenrat, together with two other MPs, Bencha Saengchantra and Tanwarin Sukkhapisit, asked police to grant bail to the protesters.

Pita said all protesters were safe at the police headquarters.

A few were arrested “without any logical reasons”, he added.