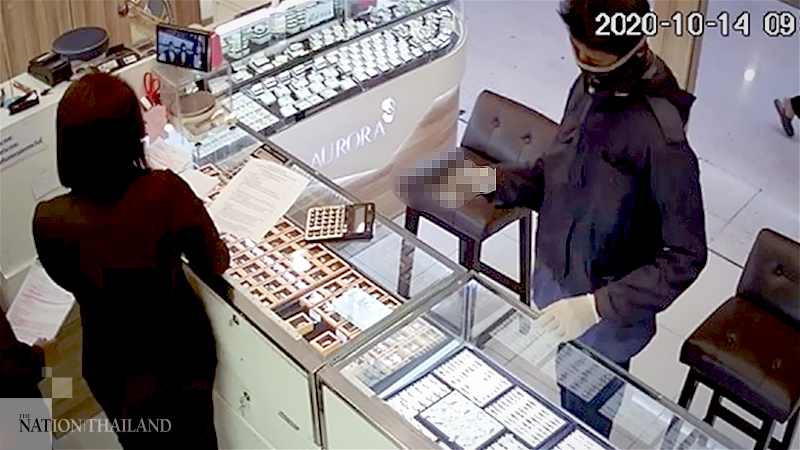 A man arrived at the Aurora gold shop at Big C Extra Rattanathibet in Nonthaburi at around 10am on Wednesday and took off with a gold necklace.

He was described as a teenager with short hair, tanned skin and about 180 centimetres tall.

Shop staff said the robber showed up and threatened them with a pistol, saying he would shoot if they did not hand valuables over.

Police, meanwhile, are tracking the offender’s movements through surveillance cameras.