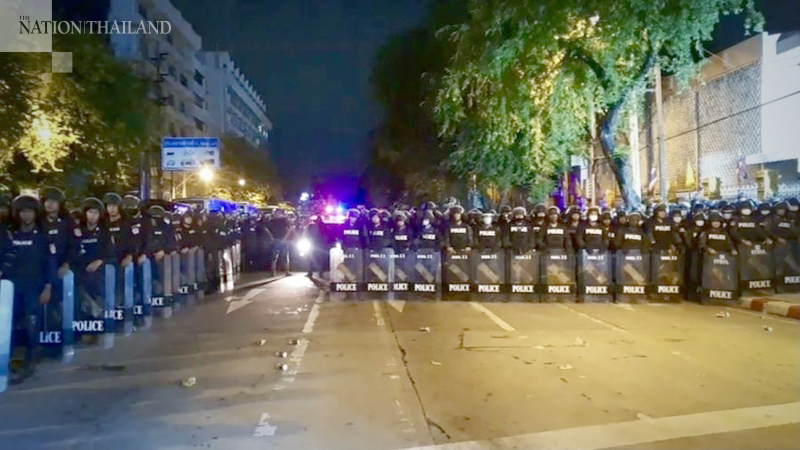 Prime Minister Prayut Chan-o-cha declared a state of emergency in Bangkok effective from 4am on Thursday to control the escalating pro-democracy protest by demonstrators who call themselves Khana Ratsadon 2563 (People’s Party 2020) in front of Government House since Wednesday.

The declaration prompted hundreds of crowd-control police officers to march slowly from Phitsanulok Road to Nang Loeng Intersection near Government House to force the rallyists out of the area. 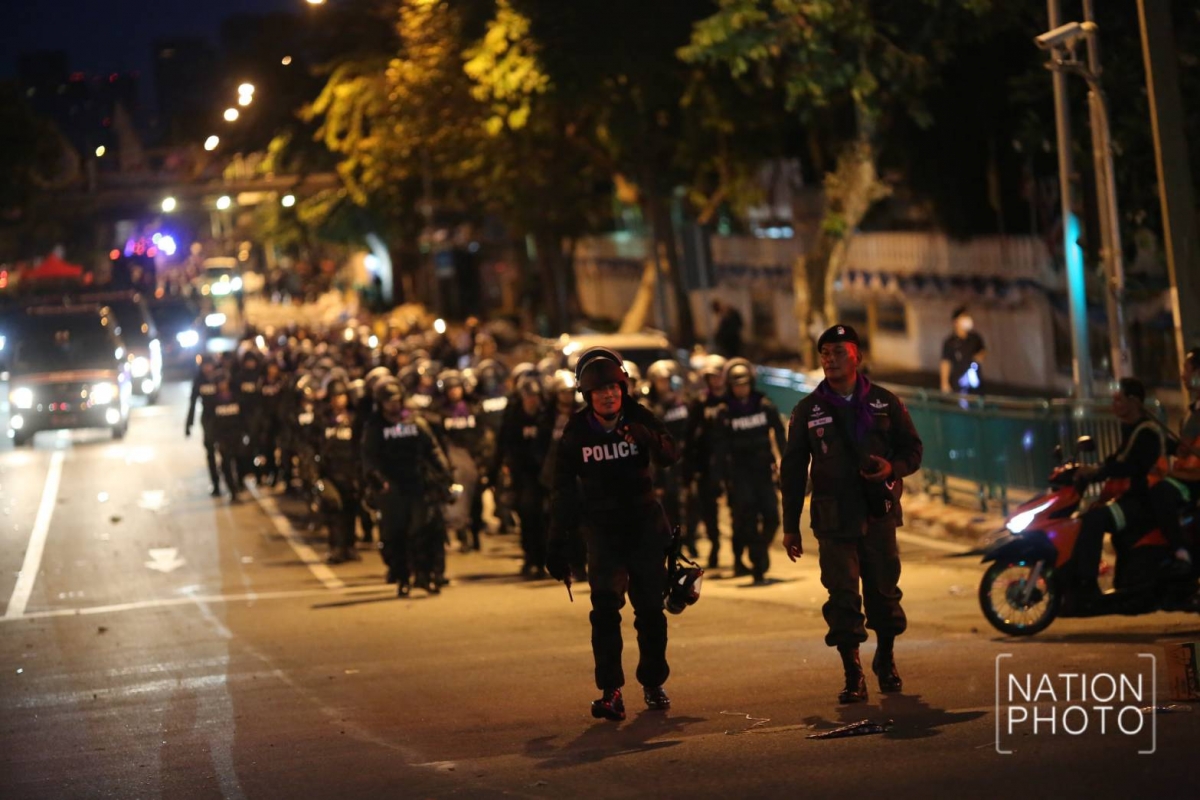 The protesters reportedly threw small objects at the officers, but eventually dispersed from the areas.

At 4.55am police gained control of the areas in front of Government House as well as the entire Ratchadamnoen Nok Avenue. 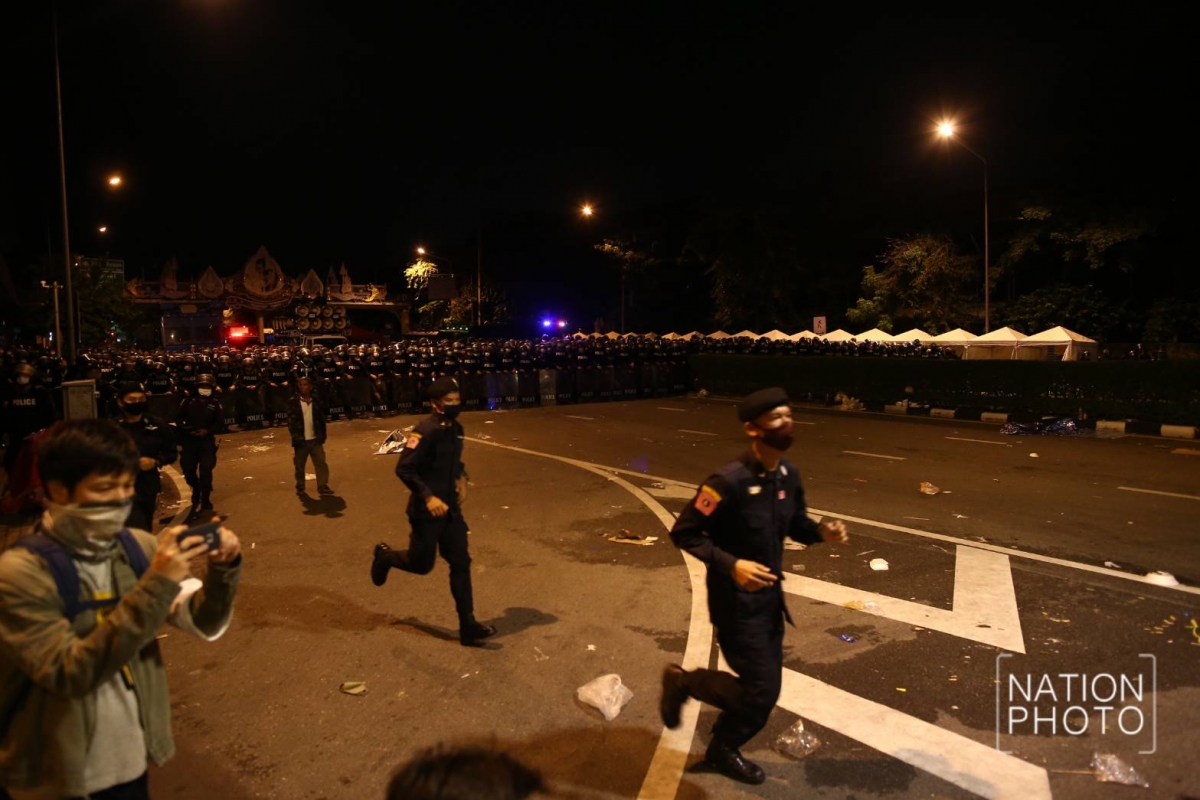 At daybreak, officers from Bangkok’s Dusit district entered the areas to clean the road from Suan Mitsakawan Intersection to Nang Loeng Intersection and prepared to open the area to traffic as normal. 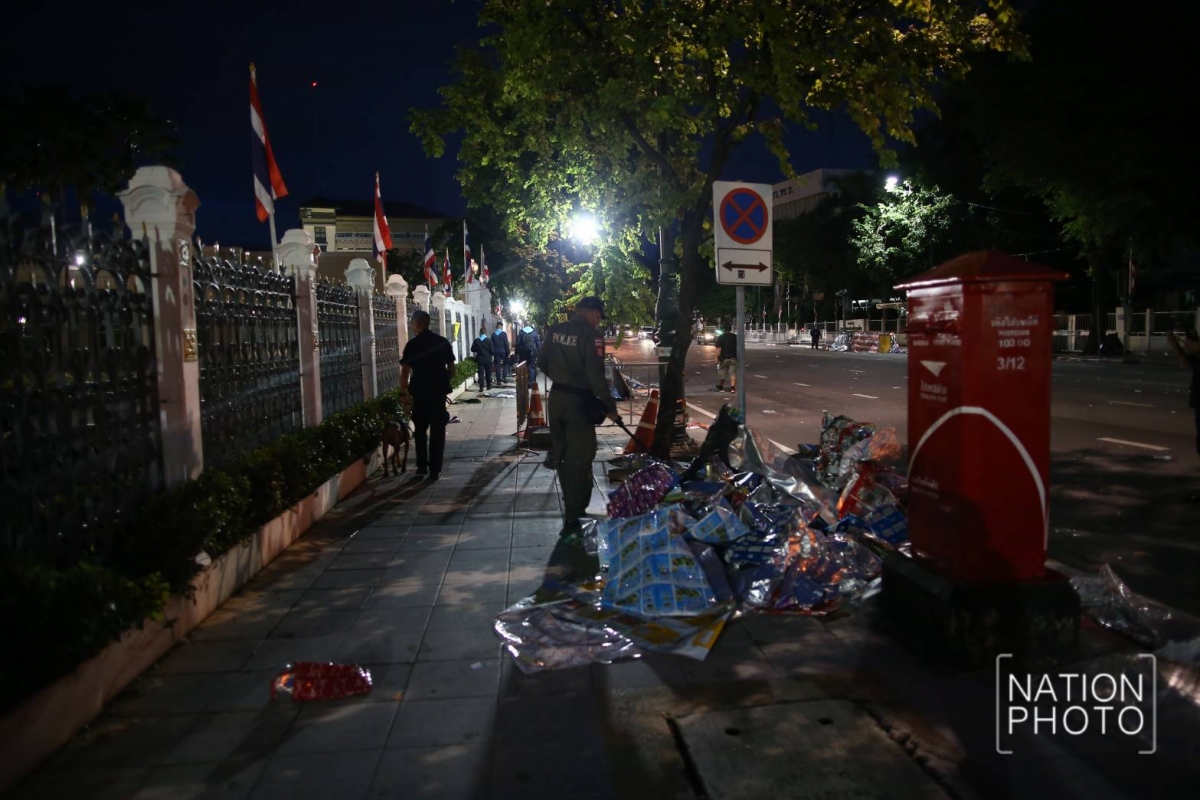 Too early to predict emergency decree’s effects on economy: Arkhom