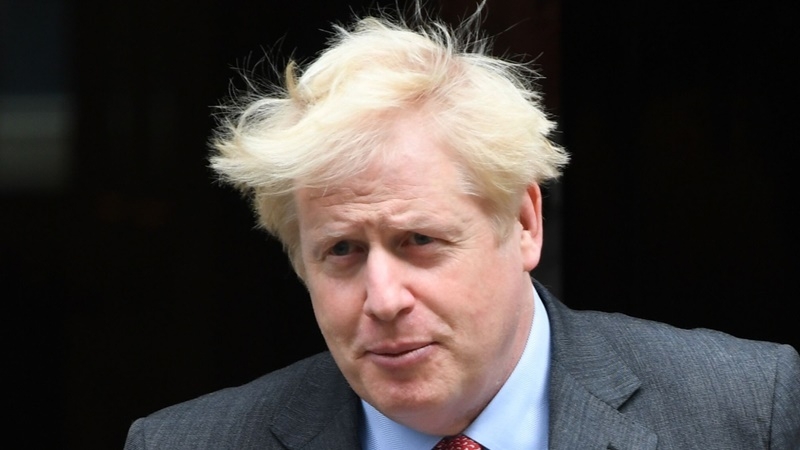 Prime Minister Boris Johnson is under growing pressure to order a national "circuit breaker" lockdown, as the new three-tier system of coronavirus restrictions began in England.

But Johnson has so far blocked such a plan as he tries to strike a balance between getting the virus under control and keeping as much of the economy open as possible. Asked by Starmer about a new national lockdown on Wednesday, the premier doubled down on his strategy of cracking down on local outbreaks.

"Let's try to avoid the misery of another national lockdown," he said. "I rule out nothing of course in combating the virus, but we are going to do it with the local, the regional approach that can drive down and will drive down the virus if it is properly implemented."

The government has said it is keeping all options under review as it considers whether its localized approach is having an effect. Officials are discussing whether Greater Manchester and other areas should be added to the top tier of restrictions, despite objections from local leaders.

On Tuesday, the U.K. suffered its highest daily death toll since June, with scientists warning numbers will continue to surge in the coming weeks.

That means the pressure on Johnson is likely to intensify, especially as other parts of the U.K. take action. Northern Ireland is preparing to close schools from Monday and impose new restrictions on pubs and restaurants as infection rates rise. In England, the Liverpool region is currently the only area under the toughest rules -- with any pubs not serving food forced to close.

Under Starmer's proposal, schools would stay open but the lockdown would coincide with the October half-term holiday. Pubs, bars and restaurants would close and would need substantial financial support.

"If we act now, if we follow the science and break the circuit, we can get this virus under control," Starmer said in a televised press briefing on Tuesday. "If we don't, we can sleepwalk into a long and bleak winter."

The Labour Mayor of London Sadiq Khan backed the move, tweeting that a short national lockdown would have "the biggest impact on slowing the spread."

Meanwhile the premier was warned by his own colleagues that coronavirus restrictions are damaging people's livelihoods and mental health, and 42 Conservative MPs voted against stricter measures on Tuesday evening. Chris Green, MP for Bolton West, resigned as a ministerial aide, saying in a letter to Johnson that "the attempted cure is worse than the disease."

A lockdown would also harm the U.K. economy, slowing its already sluggish recovery from the record 20% slump seen during the initial lockdown in the second quarter.

While Labour's proposal is for a shorter period this time, the impact could still be severe. In September, JPMorgan Chase estimated a two-week shutdown of the U.K. hospitality sector could knock at least 2% off the nation's gross domestic product.

Official figures released Tuesday showed 143 people in the U.K. died after testing positive for Covid-19, bringing the total death toll to 43,018. That's the highest daily rate since June 10, according to the government's coronavirus dashboard.

Separate figures showed there were 3,905 Covid-19 patients in the hospital in England, up from 2,783 the previous week. Some 441 Covid-19 patients were in mechanical ventilation beds, compared to 349 a week earlier.

"The trend in Covid-related deaths is starting to rise quickly, which is hugely concerning," Yvonne Doyle, medical director at Public Health England, said in an emailed statement. "We have seen cases increasing, especially in older age groups, which is leading to more hospital admissions."