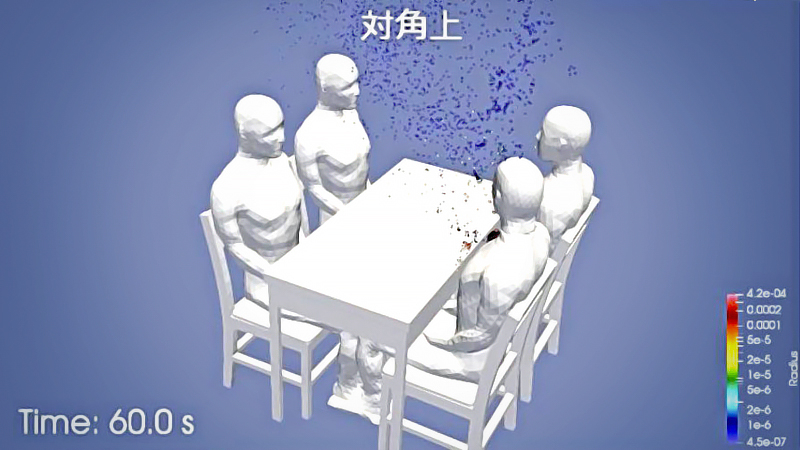 An image from video simulating how saliva is spread shows the relatively small amount of saliva that is scattered to the person sitting diagonally from the speaker at a table for four. (Courtesy of Riken, Toyohashi University of Technology and Kobe University)

A team of researchers studying measures to prevent the spread of the coronavirus used Fugaku, the world’s fastest supercomputer, to predict how saliva droplets scatter during conversations at eateries. It was found that the person sitting diagonally from the speaker had the least amount of saliva scattered on them, compared to other positions at a table for four.

The team of researchers at Riken, Kobe University and other entities announced on Tuesday they conducted a simulation in which four people had a conversation for about one minute without wearing masks and calculated the amount of saliva found on the face of each person.

The team said it is effective to use partitions, while ventilating, to prevent the spread of the virus.