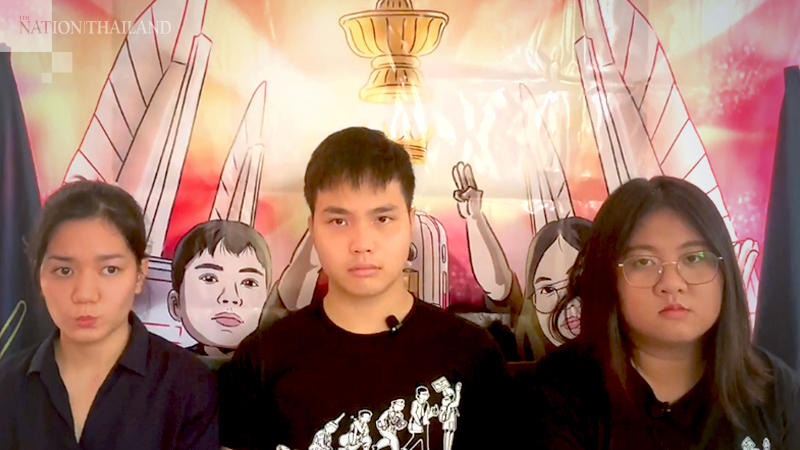 Protesting is a basic right of the people under a democratic system and the arrest of pro-democracy leaders is unjustified, the Free Youth said on Thursday.

After the government imposed a state of emergency in Bangkok and arrested a handful of pro-democracy leaders after an overnight protest at Government House, Free Youth said on its official Facebook page that the government was trying to diminish the democratic ideology to preserve their power.

The royal family was used to declare emergency, they claimed, and this could be interpreted as meaning that the monarchy was against democracy, they said.

The Free Youth group, a part of the new Khana Ratsadon, or People’s Party, condemned the action of the authorities and announced they would continue their protest at Ratchaprasong Intersection at 4pm on Thursday.

The group also urged people who believe in the same goal to gather in order to express their political standpoint.