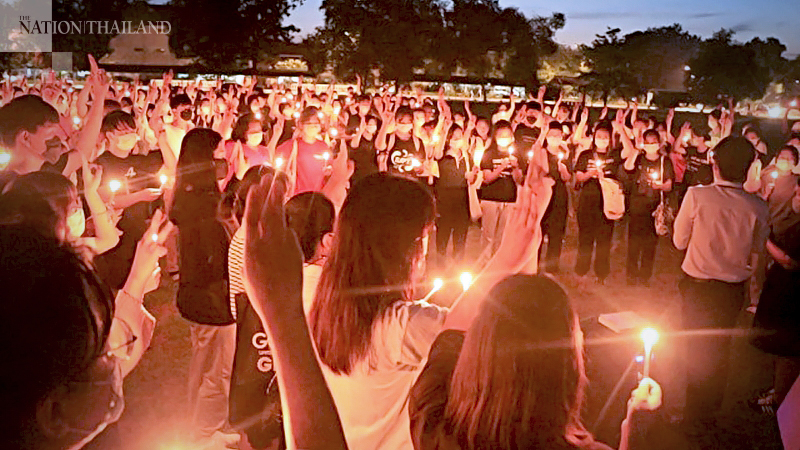 More than 200 students of Phitsanulok’s Naresuan University held a gathering on Wednesday evening to remember the people who lost their lives in the October 14, 1973 uprising as well as to show support for the pro-democracy protest in Bangkok.

Members of the NU Movement gathered in the Faculty of Law’s courtyard at 6pm to light candles in memory of student activists who had been killed by soldiers or lynched by a royalist mob in 1973.

The organisers recounted Thailand’s “Day of Great Sorrow” and told the students of the massacre.

Participants also raised the three-finger salute to express their support for the protest that was going on in Bangkok.

Another similar gathering involving Naresuan University along with students from other universities is scheduled for October 25 in the centre of Phitsanulok.